CRE Execs Grapple Over How the Industry Will Respond to Innovation

At MBACREF 2018, a handful of executives discussed ways in which technology and innovation might affect the industry. 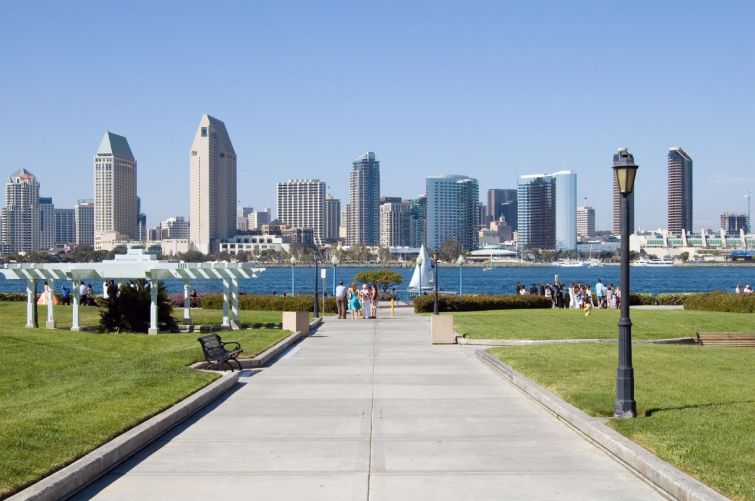 A view of the San Diego skyline from Coronado. Photo: Wikimedia Commons

“To me, disruption is the result of taking a problem, standing it on its head and then solving it but with complete disregard for feasibility,” said Beekman Advisors Managing Partner Shekar Narasimhan.

He said, in the old days, the best way to figure out how a car worked was to dismantle it and then put it back together—working backward, he called it. He said that over time this same model has taken simple ideas and elevated them into success in business. But, sometimes innovation can rattle an industry rather than bolster it.

Narasimhan spoke as part of a lively discussion panel titled Disruption, Innovation and Managing Change in CRE Finance—the speakers included William Walker, the chairman and CEO of Walker & Dunlop; moderator Justin Wheeler, the CEO of Berkadia; and Thomas Dennard, the chairman of the board and CEO of Grandbridge Real Estate Capital—at MBA’s annual CREF Multifamily Housing Convention and Expo at the Marriott Marquis in San Diego.

The panel covered a range of ways in which different arms of the commercial real estate industry could—or won’t—be impacted by technological innovation going forward.

“This is an industry that is ripe for disruption because there are too many people and too much controlled knowledge of those few people,” Walker said. “Technology can revolutionize what this space does.

Narasimhan’s worry begins and ends with data—and this industry’s reliance on said data to make informed decisions: “If you look at this from the standpoint of the commercial real estate market, we have a great deal of data in our business—about loans, equity and players who finance the industry—but who owns the data?” He went on to say that it’s quite possible that a person or entity will discover a method to consolidate the ownership of said data, possibly agitating the industry.

CBRE and CoStar’s stock prices have soared on the year, which led Walker to ask the crowd a question: “What’s the most valuable company in the real estate services space?” It’s CoStar with a $13 billion market cap.

“I cannot dismiss the fact that CoStar dominant’s from a data standpoint and the power that gives CoStar in our markets, and with their move into Apartments.com, they not only have the back end information as it relates to how assets are operating, but now they have front end information about who’s renting what apartments at what prices. The only piece of the equation they don’t have today is how they’re operating from an asset and property management standpoint.”

And, in terms of technology threatening jobs or human interaction as it relates to commercial real estate, Dennard isn’t so sure. He said that you can never replace ego in this industry, and thus, human interaction and relationship building will never be phased out by advancement.

“There is no tech yet that can handle the power of ego,” he said.

Narasimhan responded, saying he believes “technology replaces professions, not jobs,” meaning the power and influence of human interaction will never fade, but that folks within the  industry will simply have to become more versatile.

In terms of capital markets, Walker said, “the controllers of capital will keep consolidating capital,” adding that access deal flow from investment sales is why major players use brokers, and so strict innovation in internal investment sales practices may be a ways from coming to fruition.

In getting behind Dennard, Wheeler shared an anecdote about a time when he once asked Warren Buffett, who has famously said he’d never invest in gold, what else he wouldn’t touch. Buffett replied, “Commercial real estate.” When Wheeler asked why, the famous investor responded, “It’s heterogeneous,” meaning each and every deal and every asset is unique and has a story you must understand, requiring some level human touch at every stage along the way.

“At the end of the day, there is an amount of work or advisory or trust that will always need that human touch that robots can’t figure out,” Wheeler said. “The question is, How far can you push the fiber?”