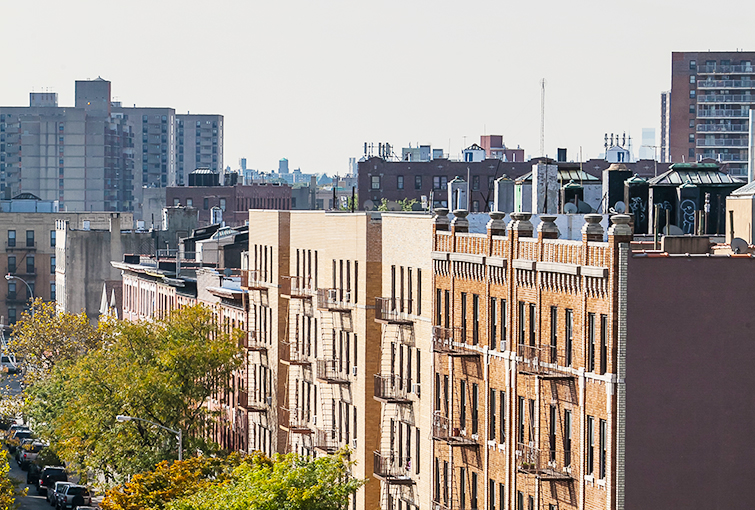 The New York City investment sales market appears to be rebounding in the first quarter of 2018 in terms of volume and the number of transactions. Prime outer-borough locations will likely capture more demand from institutional and international investors in 2018 compared to previous years as an array of factors, both fundamental and technical, heighten their appeal.

During 2017, dollar volume in the multifamily market slowed considerably, falling 48% year-over-year, according to our company’s newly released report: “Multifamily Year In Review.” To view, click on: http://arielpa.com/report/report-MFYIR-2017

We believe the outer-boroughs will garner greater attention in 2018, driven by the following five key factors:

Rent affordability and easy commutes to Manhattan have made neighborhoods in the outer-boroughs, such as Williamsburg, Long Island City, and the South Bronx, hotbeds for tenant migration and rental growth. To that end, the average monthly rent for an apartment in Manhattan was $4,158 as of December 2017, according to Douglas Elliman. That is substantially higher than the median rent in Brooklyn and Queens, where apartments fetched $3,001 and $2,831, respectively,

During 2017 rent concessions have been reported at 36.2% for Core Manhattan, while outer-borough neighborhoods, such as Flushing, experienced increases in rents, rising 2.9% in 2017. While we are not concerned about the long-term viability of Core Manhattan’s rents, investors are finding the short-term fundamentals challenging.

However, the outer-boroughs, specifically Brooklyn, present unique opportunities that were once exclusive to Core Manhattan. Invesco’s involvement with Kushner in DUMBO made plenty of headlines, but they are far from alone. Between 2016 and 2017, TIAA-CREF, World Wide Holdings and Bentall Kennedy (U.S.) LP have collectively invested more than $425 million in the borough.

The valuation metrics used for the multifamily asset class include: Capitalization Rate (Cap), Gross Rent Multiple (GRM), Price Per Unit (PPU) and Price Per Square Foot (PPSF). When comparing Cap and GRM for Core Manhattan versus outer-boroughs the difference is 27%, according to our “Multifamily Year In Review.” This means investors expect to receive a higher current yield in the outer-boroughs.

On a PPSF basis, the average difference is much wider. The average multifamily building in the outer-boroughs sells for $334 PSF, representing approximately 1/3 of the cost of the $945 PSF for the same assets in Core Manhattan. Lower price per square foot provides a big advantage when discussing replacement cost and suggests that this wide pricing gap could allow for significant room for growth in the outer-boroughs.

Access to mass transportation has always been a factor when buying real estate, but two main factors have lowered this need. First, the ability to travel economically and second, that all of the boroughs have been experiencing local economic growth, with less reliance on Core Manhattan and commutes. Uber and Lyft, for example, have made inconveniently located areas, such as Industry City in Brooklyn and Cornell Tech in Queens, more desirable. Less reliance on subways and buses has also benefited Northern Manhattan, where Columbia University has attracted many new businesses.

Mayor Bill de Blasio’s administration has rabidly rezoned large swaths of New York City, with their sights squarely set on outer-borough regions. East Harlem, East New York, and Far Rockaway have recently been approved for rezoning, while Inwood, The Bronx’s Jerome Avenue and Gowanus are in the pipeline. In Inwood, for example, proposed rezoning is expected to spur the creation of 4,348 new apartments by the year 2032. The building of thousands of apartments should lure a large inflow of tenants, landlords and developers, posing significant upside for owning a multifamily asset in these areas.

In conclusion, based on the five points stated above – whether it be relative affordability or the massive influx of institutional capital – we believe outer-borough multifamily assets are positioned to perform extremely well versus Core Manhattan in 2018, and investors are already taking heed.