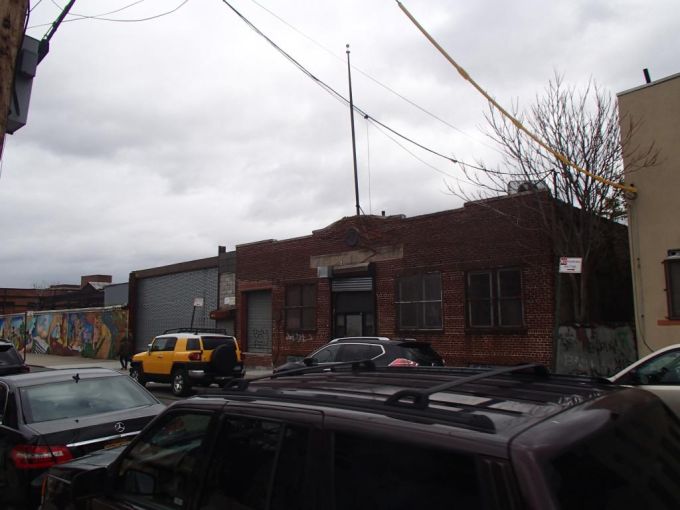 After developing several large residential complexes on the waterfront in Long Island City, Queens, TF Cornerstone appears to be moving up the road toward Astoria. The developer picked up a large, industrially zoned site at 38-21 12th Street in the borderlands between Long Island City and Astoria.

The firm, led by brothers Tom and Fred Elghanayan, purchased the 70,200-square-foot parcel for $25 million, according to public records filed with the city today. The seller was an LLC registered to Elysabeth Kleinhans, the former head and current president of the board of directors at nonprofit theater company 59E59 Theaters. The property between 38th and 40th Avenues fills half the block and is currently home to a single-story, 37,700-square-foot  industrial building. The deal closed on Jan. 4.

If TFC plans to build a residential project, it would have to have to secure a rezoning for the site, which is currently zoned to allow industrial, commercial and certain kinds of community facility uses. However, the developer said in a statement that it has no plans to rezone the property for residential or any other use.

The NoMad-based builder was recently chosen by the city to develop two massive residential projects at 5-40 44th Drive and 4-99 44th Drive, just north of Hunters Point South in Long Island City. In July, The New York Times reported that the two-building, $925 million complex would hold 1,000 rental apartments, 25 percent of which would be affordable, plus 100,000 square feet of light manufacturing space. One would rise 650 feet into the air, and the other would be 500 feet. The project would also include 400,000 square feet of offices, 19,000 square feet of retail, an 80,000-square-foot elementary school and a one-acre waterfront park.

Update: This story has been updated with a statement from TF Cornerstone.