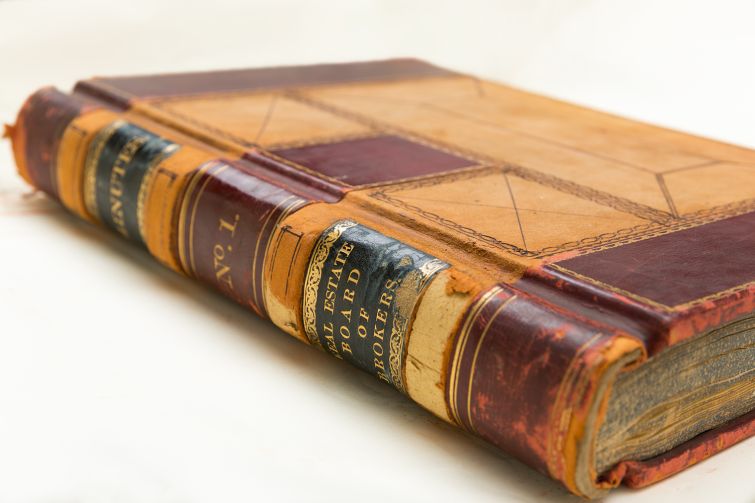 The first book of minutes from Governor's Meetings of the the New York State Real Estate Board dates back to the late 1890's. PHOTO: Melissa Goodwin/For Commercial Observer 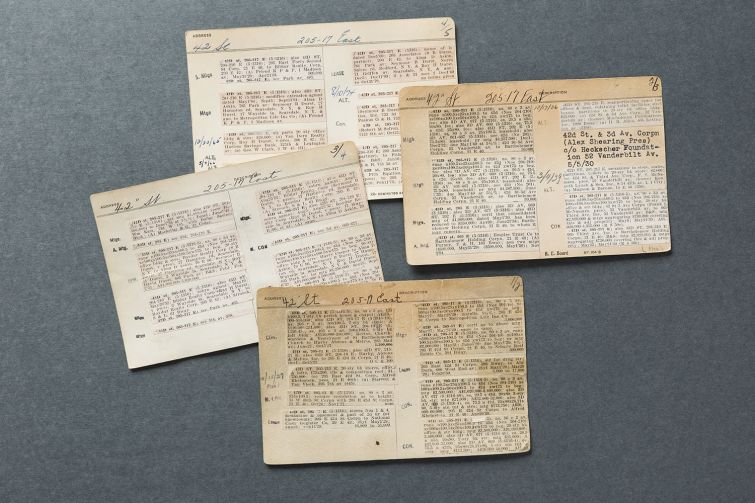 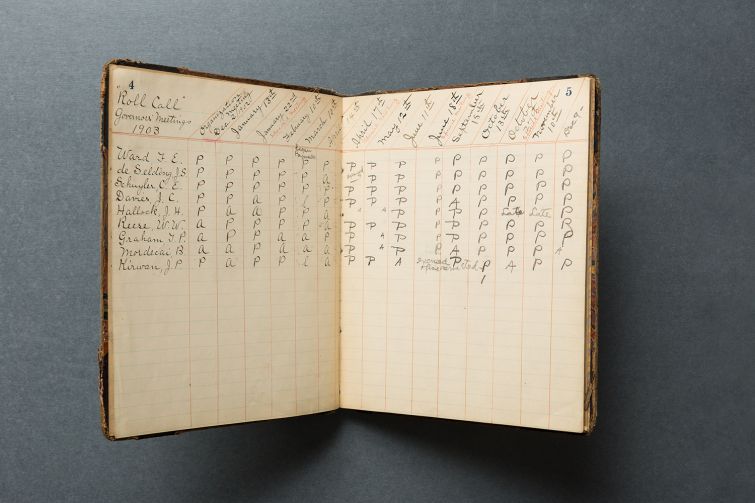 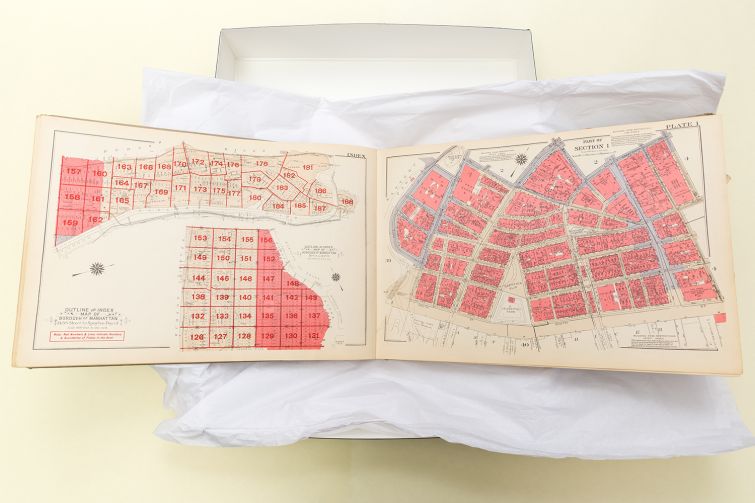 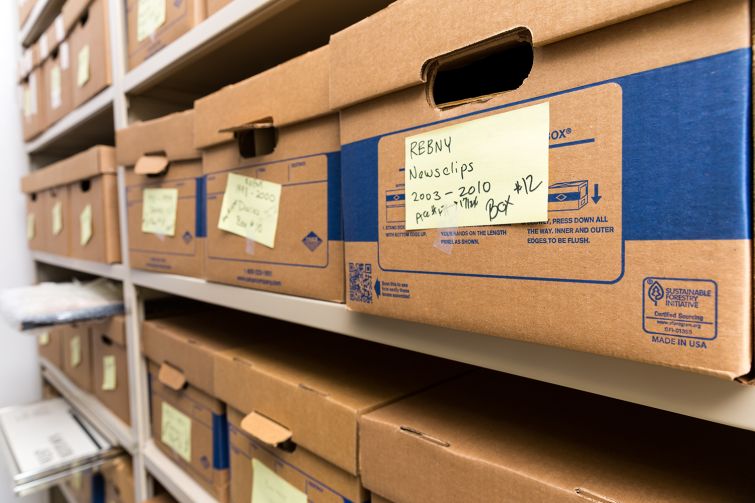 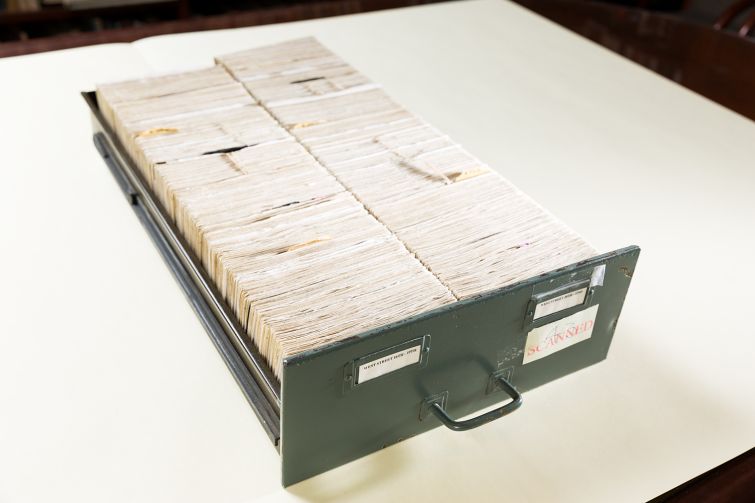 A file drawer filled with of property cards show the sales, leasing and construction history of buildings on West Street from 16th to 22nd Street in Manhattan. PHOTO: Melissa Goodwin/For Commercial Observer 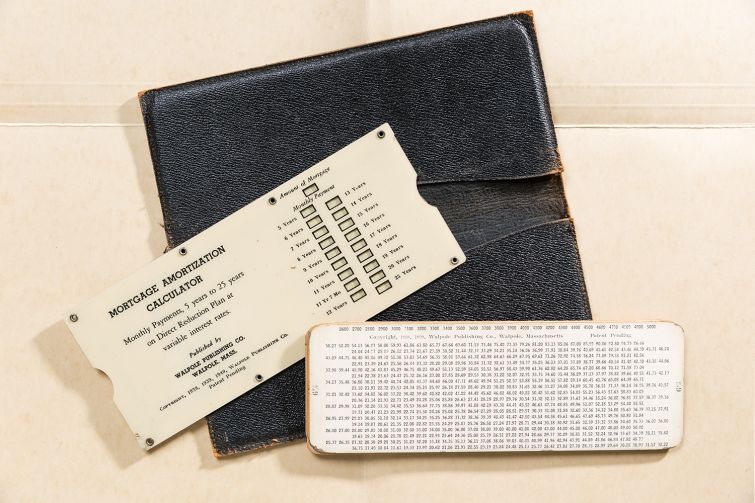 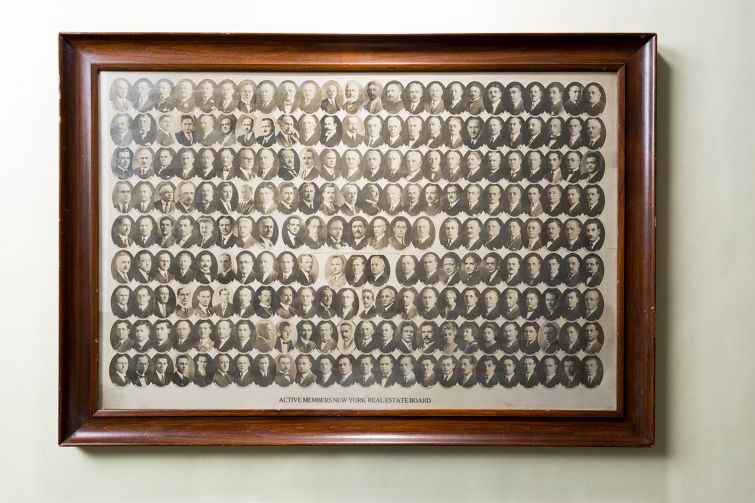 The 1935-1940 Active Members of the Real Estate Board of New York. PHOTO: Melissa Goodwin/For Commercial Observer
Previous Next

They’re not the Dead Sea Scrolls,” admitted Michael Slattery, the senior vice president of research for the Real Estate Board of New York, “but for us, they’re the equivalent.”

Slattery is talking about the 35 boxes worth of materials that REBNY delivered from its Midtown headquarters, at 570 Lexington Avenue, to the LaGuardia and Wagner Archives at the City University of New York’s LaGuardia Community College in Long Island City, Queens, this past September. The shipment contained a treasure trove of historical documents, tracing the course of REBNY’s 122-year history—and with it, the history of New York City real estate.

“We had them in our offices. I had some in my office. We had diaries in the storage room. We had property cards in metal file cabinets in the conference room,” William Auerbach, REBNY’s chief financial officer, said of the documents REBNY donated to the LaGuardia and Wagner Archives.

He said the industry group decided that providing LaGuardia with the materials would be the best way to ensure their future preservation, while also making them available for academic and research use to the wider public.

In addition to thousands of institutional artifacts—membership directories, annual diaries, meeting minutes ledgers and photographs from REBNY galas and dinners past—the boxes shipped to LaGuardia Community College contained an estimated 300,000 “property cards” that, for decades, REBNY used to document property information “for every block and lot in Manhattan,” Auerbach said.

Those property cards—12-by-6-inch index cards featuring information on everything from property transfers to mortgage details to zoning alterations—comprise the most expansive, and arguably most valuable, facet of the historical trove. The organization maintained and updated the cards, which date back to the 1920s, up until the turn of the 20th century as “repositories of information” for members interested in a given property’s history, according to Slattery.

“It was a member service to provide information and save you from going down to the city register’s office [near City Hall],” Slattery said.

Since the handover, archivists at the LaGuardia and Wagner Archives have been busy at work, going through the boxes and undertaking the painstaking task of gaining “informational control,” according to LaGuardia Community College archivist Douglas Di Carlo—a process that includes counting, ordering, processing and eventually digitizing the documents.

“There are some volumes, particularly the early volumes from the late 19th and early 20th century, that will need conservation work—repaired bindings and pages,” Di Carlo said.

City historian Kevin Draper of New York Historical Tours said the documents will provide researchers with firsthand source materials on the history of New York City real estate. And beyond real estate, Draper added, the REBNY archives’ value extends to the general history of the city.

“One thing about New York is that from the very beginning—when the Dutch settled here 400 years ago—it was always about real estate,” he said. “Everything in this town always starts with the real estate, and having access to archives like this is a great way to find out that information.”