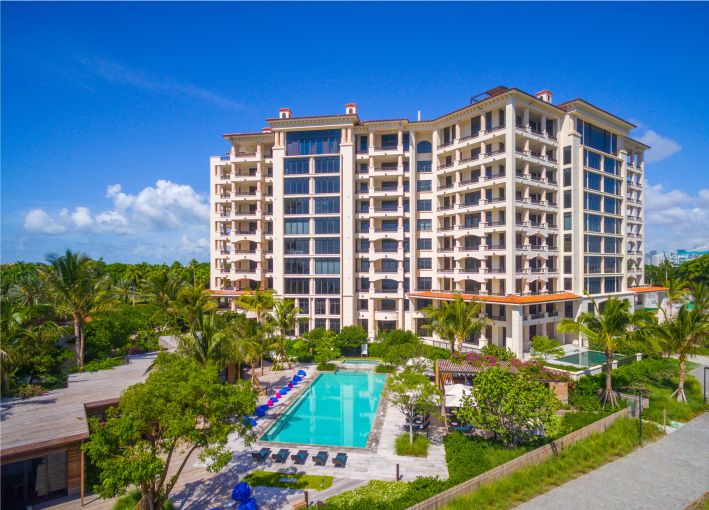 The 18-month bridge loan will finance the sellout of the 15 remaining units at the 43-unit, 10-story Palazzo Del Sol and complete construction of the 50-unit Palazzo Della Luna. Fisher Island Investments has $400 million in equity in the project.

With density restrictions and high barriers to entry, the Kobi Karp-designed palazzos are two of only three properties to be developed on Fisher Island in the past decade. Their amenities include a butler-staffed bar and lounge, valet parking, a fitness center, a private massage room, hair salons, movie theater, a business center and a children’s playroom.

Created in 1906 and mostly developed between 1970 and 2000, Fisher Island is three miles off the shore of Miami and accessible only by ferry or boat. Over the years, the 192-acre island’s residents have included Oprah Winfrey and Mel Brooks.

The project isn’t Mack’s first foray into the South Florida market. In October last year, the lender provided $315 million in financing for the construction and recapitalization of Penn-Florida Companies’ Via Mizner, a 2-million-square-foot mixed use project in Boca Raton, Fla., as first reported by CO.

“With the new tax code, Florida may become more attractive, given the issues with SALT deductions,” Sotoloff said of the pull to the Sunshine State. “We’ve been very selective and have only been doing high-end projects. Here we have a very committed sponsor with $400 million of subordinate equity—one who controls the development rights—and a very low basis in some of the finest real estate in the area.”

Mack’s deal volume for 2017 was approximately $4 billion, Sotoloff said, including over $2 billion in New York.  The lender is targeting $5 billion for 2018 in New York and other gateway markets nationwide.