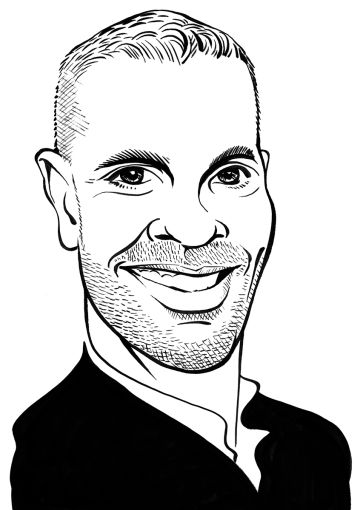 It seems that for the past few Januarys, the capital markets had a doomsday prediction for the year ahead. Not long ago, risk retention signaled the death of the conduit loan market. More recently, the wall of maturity was set to topple the commercial real estate industry. In the end, the market’s appetite for CMBS bonds and real estate investments—along with the capital to back it—overcame the apocalyptic forecasts. I could say, “I told you so,” but you’re reading this because you care less about the past and more about what’s in store for 2018. Here’s what you need to know.

First and foremost, there are no market specific doomsday predictions on the horizon. The fact is the debt and equity markets are as robust as ever. As it relates to debt, CMBS issuances have climbed last year from $68 billion in 2016 to $77 billion. Turns out, bond buyers like risk retention and when an originator puts their money where their mouth is. Further, more debt funds have raised capital for loan originations and broadened their menu of lending programs. Most notably, regulated banks are set to see the legislative reigns loosen on their CRE loan originations, specifically, those associated with HVCRE, or High Volatility Commercial Real Estate, loans.

HVCRE loans require regulated banks to keep 150 percent risk weight—an increase from the previous 100 percent requirement. In dollar terms, for a $100 million loan, a bank needs to keep $12 million in capital reserves for a HVCRE loan versus $8 million for a 100 percent risk-weight loan. To be exempt from HVCRE designation, the current regulation mandates that borrowers of acquisition and development loans must contribute at least 15 percent cash into a project’s total cost. So, if a developer acquires a site say 10, 20, or 30 years ago and it appreciates in value to a point that the land contribution would more than suffice as all or some of a developer’s equity contribution into a project, it still doesn’t satisfy the HVCRE regulation for the developer’s 15 percent cash contribution relative to total project cost.

But back to the debt market impact. While I’m not predicting that the correction, amendment or repeal of this rule will significantly increase construction loan origination volume in the short run—banks have long memories and the last recession acutely resonates—it does make banks’ decisions to originate such loans a function of credit again, more so than the regulation associated with last decade’s financial crisis. It also means that there is inherently more debt capital available.

As it relates to equity capital, billions in real estate funds have been raised for all types of assets, regions, hold terms and investment strategies that have still yet to be deployed. Additionally, the alternative investment vehicles that specifically target individual investors directly and through the registered investment adviser and broker-dealer channels continue to grow and proliferate.

Now that we understand capital up and down the stack abounds, we need to also consider that economic indicators such as job and wage growth continue to signal near-term growth and stability, even as the Fed has, and will, continue raising rates into 2018. Think of that as the government taking the training wheels off because we’re cycling of our own volition and not showing signs of wobbliness. Add to this the gift of tax reform that the CRE industry received in 2017. Surprisingly, no one strongly predicted that a real estate-oriented president like Donald Trump would preserve and likely enhance the tax benefits of owning investment real estate. With that uncertainty gone, we can expect to see more capital pouring into the asset class from institutions, and individuals seeking to increase their portfolio allocations to public REITs, alternative investment vehicles and direct investment in real estate.

The comforting aspect of all this capital flow is the general caution and consideration debt and equity investors have been applying without overreaching to secure deals. I hear the common complaint about finding a deal that makes sense, and there is indeed a large and growing disparity between deals being reviewed and deals actually getting done than in the past. The groan is primarily one of intense and growing competition because of the higher volume of available capital and lower volume of available deals. However, when a deal does make sense for a lender or investor, they pounce quickly and with purpose. That is a sign of a healthy and responsible market, not a reckless or overheated one. So for 2018, all signals point to a steady market with no sensational dire predictions to kick off this year, or at least not any with the force to turn the capital spigot off in the near term. This leaves the only remaining problem, where and how all this capital gets allocated.

David Blatt is the chief executive officer of CapStack Partners. Connect with him on LinkedIn or on Twitter @capstackceo.