CREFC 2018: Developers Take to Stage to Air Gripes With Financiers 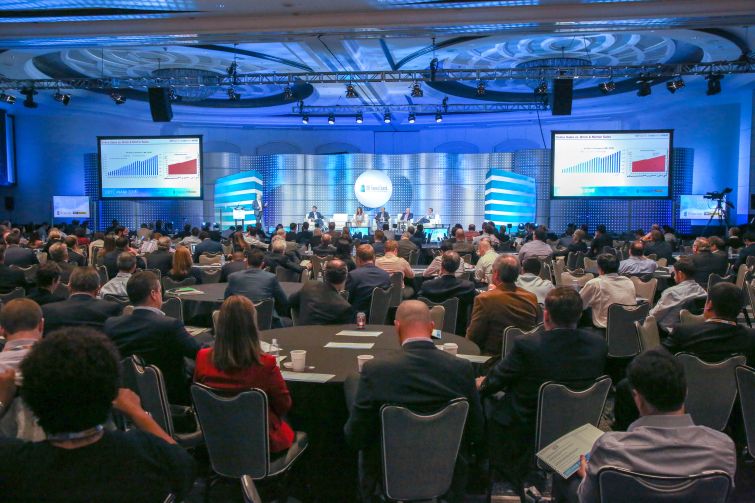 A panel of commercial real estate property managers and developers at the Commercial Real Estate Finance Council’s Miami conference this week offered strongly divergent views on the state of debt and equity markets with larger, more powerful firms reporting far greater ease in obtaining favorable terms from lenders and CMBS services. They described the trend as pervasive across asset classes from retail to multifamily to office but allowed that smaller borrowers’ flexibility in seeking finance from a wider variety of sources partially countervailed the lenders’ power in setting covenants.

The panel’s executives, who addressed conference-goers under tight media policies set by CREFC that prevent them from being quoted or identified, also acknowledged that business-cycle concerns had shifted the sorts of projects lenders were willing to finance, pointing out that banks and alternative lenders are growing more reluctant to fund unconventional acquisitions or construction projects. Comparing the period of economic growth following the Great Recession to a baseball game, the speakers, who included GGP’s Heath Fear and Blackstone’s Michael Lascher, agreed that the current market is analogous to the final inning, although one of the members of the panel speculated that the metaphorical game may yet go into overtime.

Appropriate to the scene of a conference whose value to the industry is largely in networking opportunities, the members of the borrowers’ panel emphasized the importance of personal relationships in their transactions with one panelist stating that his firm was willing to pay somewhat higher fees and interest rates to work with financing institutions that provide a more human touch. Such interpersonal networking has become especially important in financing retail projects, the panelist said: In many cases, larger banks have developed blanket policies that strictly limit lending to shopping centers, whereas smaller players like community and regional banks maintain more flexibility with regards to the asset classes they can fund.

The panelists didn’t hold their tongues on the subject of CMBS servicers: when asked if the CMBS borrower experience had improved lately, one commentator responded that those relationships could hardly have gotten worse. Others complained more broadly about real estate structured finance, stating that the sector’s one-size-fits-all covenants and deal terms caused frequent migraines at the negotiating table.

Still, one executive wryly implied, financing decisions still depend very much on simple bottom-line analysis. Adopting the resigned, conciliatory tone of a parent responding to questions from impudent siblings, the executive told the room of sundry financiers that his firm loved all lenders equally.