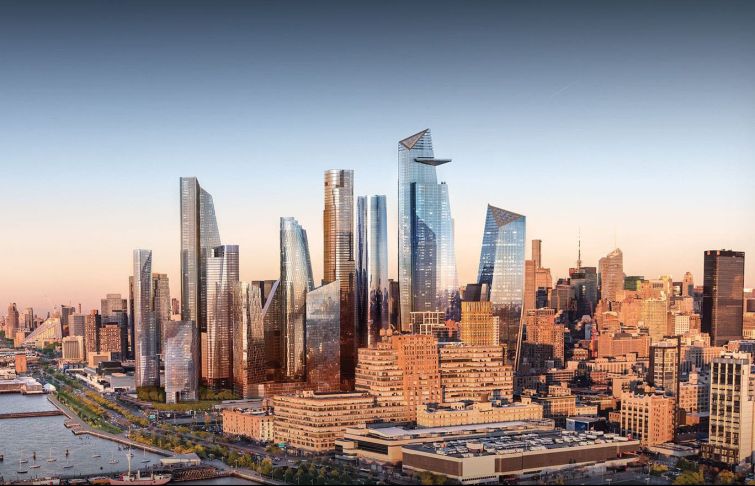 Manhattan is set to see more new office supply come online over the next two years than at any point since the mid-1980s—a dynamic that will bolster the city’s aging office stock but could hold asking rents in check and keep landlord concessions at historic highs, according to Cushman & Wakefield.

Led by sprawling Far West Side megaprojects like Hudson Yards and Manhattan West, the 12.6 million square feet of new office construction due to hit the market over the course of 2018 and 2019 is the most of any two-year period since 1985 to 1986, the brokerage said in a press briefing today overviewing the state of the city’s office market.

While 7.3 million square feet of that space has already been preleased, it is part of an enormous 22.1-million-square-foot influx in new office supply set to arrive in Manhattan over the next five years—13.7 million square feet of which is still available for lease, C&W said. That influx is already placing downward pressure on asking rents for the city’s existing office stock and is expected to keep concessions at “historical high levels,” according to the brokerage.

Richard Persichetti, C&W’s vice president of research for the tri-state region, said that while the new construction is a positive considering the city’s “aging office stock,” it will exacerbate a dynamic that has seen “more tenant improvement allowances than ever before” and could cause a hike in vacancy rates as new space is delivered. Manhattan’s overall office vacancy rate dropped 0.4 percent to 8.9 percent at the end of 2017—”its lowest level in 18 months,” he noted.

New office construction is also commanding a 27.5 percent premium over existing Class A space, according to the C&W report, with the new development consequently driving down rents for the city’s existing office supply. Overall office asking rents in Manhattan fell 0.8 percent in 2017 to $72.25 per square foot—though Persichetti said rents should be “flat to increasing” in 2018 as the new, “higher-priced space” comes online.

Leasing activity was characterized by a sizable uptick in the volume of major, 100,000-plus-square-foot deals; the 56 such leases signed last year were the most on record, according to C&W, and accounted for 40 percent of all Manhattan leasing activity—with 22 of those deals for 250,000 square feet or more.

The financial sector, which saw employment levels in the city rise to a 16-year high in 2017, drove much of the new leasing activity; financial industry tenants leased 5.5 million square feet of space last year, up 60 percent from 2016, the brokerage said. The technology, advertising, media and information (TAMI) sector, meanwhile, softened in terms of employment—losing more than 9,000 jobs through the first 11 months of the year—but still saw a 12 percent increase in leasing activity to 4.3 million square feet, according to C&W.