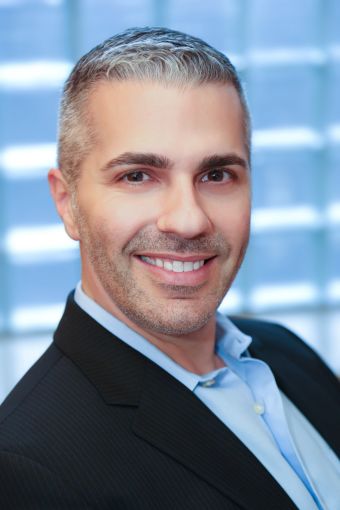 CapStack Partners just closed on a three-property, 475-unit multifamily portfolio in Nashville, Tenn. The alternatives-focused investment bank partnered with multifamily operator MACC Venture Partners to complete the acquisition—the first transaction under a recent investment mandate to acquire value-add and opportunistic multifamily assets across the Southeastern U.S. CapStack has been busy growing and diversifying its business to meet the needs of an evolving roster of clients. Last March, it launched an agency loan origination platform, and in July, it added an investment advisory arm to its financial services capabilities. David Blatt, the company’s CEO, sat with Commercial Observer at the end of 2017 to tell us what’s new at CapStack.

Commercial Observer: How has business been?

David Blatt: We’ve been busy growing our platform in terms of different offerings and capabilities. We’ve always had a focus on the advisory side and investment banking side—working on deal-level executions with a lot of developer-operators, and we’ve now broadened that focus to include what I’d define as securities-based work—so, private placements, fund formation and REIT formation work. We also became an investment adviser where we function as an investment manager and pursue acquisition opportunities. We rolled out a multifamily investment strategy, and we’re partnering up with the sponsors that we’ve historically advised.

Which opportunities are you primarily pursuing within your multifamily strategy?

We’ve been focused on the Southeast and looking at value-add opportunities, particularly in markets like Nashville, Atlanta and the Carolinas.

We’re a big proponent of finding rising market opportunities, and I like the macro drivers of Southeast markets. You’re looking at in-migration, and the type of people coming in tend to be younger, educated people. There are educational institutions there. There’s a growing food and beverage component, which—probably because I’m a New Yorker— I recognize the value in. And, there’s the technology component. All of those factors are contributing into those markets. You have to buy right and have a longer-term horizon for whatever it is you’re investing into.

Nashville seems to be an especially hot market right now.

There’s definitely a lot of attention there. I think in the beginning everyone was really excited about it and now people are cautioning that it’s being overbuilt. But for us, we’re looking more at Class-B [properties], which isn’t really factoring into the overbuilding debate. And even in that debate, everyone acknowledges that it’s a function of time for the absorption of that inventory and less that it’s a market that’s going to soften.

Have you been traveling for work?

How have investors’ preferences evolved?

The concept of investing in what’s known as alternatives—private investments as opposed to trading on the stock or bond market—has become the focus of a lot of individual investors and financial advisers, and real estate makes up the bulk of that. Individual investors have always invested in real estate, but it’s been on a one-off basis in terms of private deals, whereas now you’re seeing their attention focused on increased exposure to deals where institutions are making great returns and owning great assets. So that’s who comprises our investor profile and why we became an investment adviser.

Are you speaking with many foreign investors?

We’ve been approached by some high-net-worth foreign investors. Some of them are a little more organized into family office structures. Direct investment deals are really the driver—so, cutting out some middle steps without necessarily having a pre-existing relationship with the deal sponsor—those deals have been the focus of many groups and individuals, more so than getting involved in a REIT.

Is there increased foreign investor appetite for markets outside of New York?

Those investors aren’t going to react as well to secondary or tertiary markets, but when you bring up a market like Atlanta or Nashville and present the investment thesis behind it, then investors are responsive to that. I think a lot of groups are also getting priced out of New York City—it’s an ongoing complaint.

I think what’s challenging is the volume of capital sources and the diversity of capital sources; that’s what’s making it really difficult. I’ve had local investors complain about getting outbid on deals where the cap rate makes no sense, not thinking that the buyer isn’t really thinking about the deal on a cap-rate basis. That makes it really challenging because you have a group that’s willing to pay more because their agenda is far different. But, there’s no way to solve in the near term for the amount of capital that’s in the marketplace. The only way you can start to make sense of a deal is through two main inputs: money and time. So, if you were originally looking at a deal with three-year or five-year horizon, now you have to start thinking about it as 10 years or longer. You’re starting to see institutions like Blackstone have open-ended or ultra-long duration funds because in the end everyone believes in the asset class, so the question is how much time do you need for that deal to start making sense. If  you’re not going to get that near-term yield, you have to have—at the very least —patient capital.

On the capital-sourcing side of your business, are you still primarily working with alternative lenders?

Yes, we are. There are more firms that have been created, in addition to strategies within groups that have historically focused on some other part of real estate investing—equity or what have you—that have formed these debt funds. A second component of our business that we’re currently growing is that we’re syndicating deals for a lot of these lenders.

How has that been going?

We have a larger population of lenders that need to lever in order to get their returns. So for us it’s been a great way to transact and interact with these groups instead of just asking, “Hey, will you look at this deal to finance?” It also helps us to understand the capital makeup. The category of alternative lenders is a catchall, but every one of these groups comes to the table with a different capital makeup that’s driven by their investors.

How do you find the nonbank lending environment right now?

The perception of the nonbank lender used to be one of “This profile is going to stick around long enough to bridge a gap until regulation changes to make it easier for banks to get out there again or there’s a pullback in the market. Then these groups will go away.” Looking back on 2017, you now have a profile of a lender that is going to be sticking around and financing executions for borrowers and developers in the space.

Do you think we’re in a healthy market?

I do. There’s definitely a sense of caution that has permeated the market from the buy side and from the finance side, but I don’t see that as a bad thing at all—I think it’s a really healthy thing. It slows the pace of transactions down, but people are being thoughtful about their execution and analyzing deals differently. I’m not seeing lenders make aggressive loans, and I think the alternative lenders have been very thoughtful about the financing they’re providing, and considering, “What happens if I end up owning this property?”

I think regulated banks don’t like to contemplate that possibility into their analysis because it inherently implies that they’ve made a mistake as a lender—because the primary execution is “I’m going to lend this money, you will pay me my rate and then repay me my money.” But coming out of the last recession, a lot of the groups on the alternative lender side are much wiser about the prospect of owning assets.

Are we nearing the end of this real estate cycle, do you think?

Nothing signals to me that there is an end to the cycle in the immediate term, simply because when you look at the macro-fundamentals of everything that is going on it’s all healthy. There’s no overheating with respect to anything—whether it’s financing or development. There are certain pockets to keep an eye on. Obviously, retail has had some issues, but to me, that really started 20 years ago when e-commerce came on the scene.

What could cause a disruption in the market?

I think something severe in the scope of world politics, if it impacts the capital markets in a big way. It would have to be so severe an event that people hoard money again and don’t want to deploy it. The biggest issue is that there’s so much capital, so where does it all go? And where would people pivot if they were to to pivot away from real estate in the near term?

There are so many things driving real estate forward right now. People are willing to accept lower returns, and some of it is a function of how cheap capital has been for so long, and some of it just because they need to park their money somewhere. This is a massive ship, and it would have to be something really big to make it turn in the other direction.