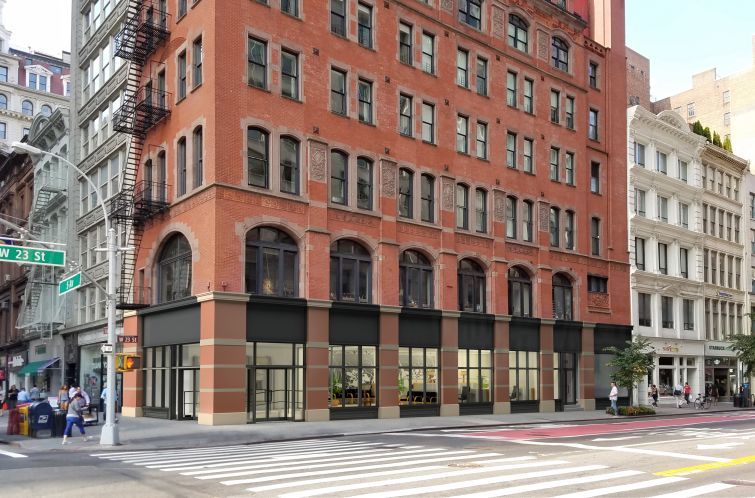 After having success with its automated teller machines at the corner of West 23rd Street and Fifth Avenue, Bank of America has leased the four spaces that comprise the remainder of the retail condominium, Commercial Observer has learned.

The bank, which is currently in about 600 square feet, signed a 15-year deal for 2,181 square feet on the ground floor (including renewing the 600 square feet), and 2,700 square feet on the second floor at 186 Fifth Avenue for a full-service branch, according to Jeff Winick, the founder and CEO of Winick Realty Group. He represented the landlord, Walter & Samuels, along with Winick’s Danielle Winick and Lee Block.

The asking rent was $850 per square foot at grade, and $150 foot on the second floor, Winick said. “The ATMs did well and they wanted to have a branch on this main corner,” Winick said, pointing to the “exposure on the Fifth Avenue corridor.”

The 3,000-square-foot ground floor is “segmented into four separate stores,” Block said. Walter & Samuels will “combine it and make it more presentable.” Winick said that the landlord is looking to redo the facade on the ground floor, and because the residential condo building is landmarked, New York Landmarks Commission had to approve the renovation work before it moves forward. (LPC approved the application last November, according to an agency spokeswoman.) The new space will be unveiled in the summer with the old space integrated.

Of the retailers, the shoemaker and dry cleaner relocated, according to signs in their windows; clothing store Pinkyotto appears to have just closed and jewelry store Outlette opened a shop at 228 Columbus Avenue on the Upper West Side, but hopes to open another store in the neighborhood. The locksmith, which was in 100 square feet on the other side of the lobby, was rented to phone accessories provider, Mobile Couture, Block said.

Outlette co-owner Ruth Bienstock insisted to CO before permanently closing earlier this month that they “will” find a space.

Her business partner (and former husband) Scott Bienstock, said that the West 23rd Street store, which used an address of 6 West 23rd Street, was their “first store and we wanted to test the concept.” Outlette had 250 square feet at grade and 150 square feet upstairs for storage through a three-year lease. The rent was close to $11,000 a month, Scott said.

While there was nothing nefarious about the situation, and in fact, Walter & Samuels let Outlette stay beyond its lease expiration last October, Scott said, “It’s just sad there’s no room for mom-and-pops.”

The business partners want to return to the Flatiron District because of their “following,” Scott said. “We have built up a community of people here.”

CBRE’s Allan Price, Stephen Sjurset and David LaPierre represented the bank in the deal. They didn’t respond to a request for comment, and a spokeswoman for Walter & Samuels said her client declined to comment.