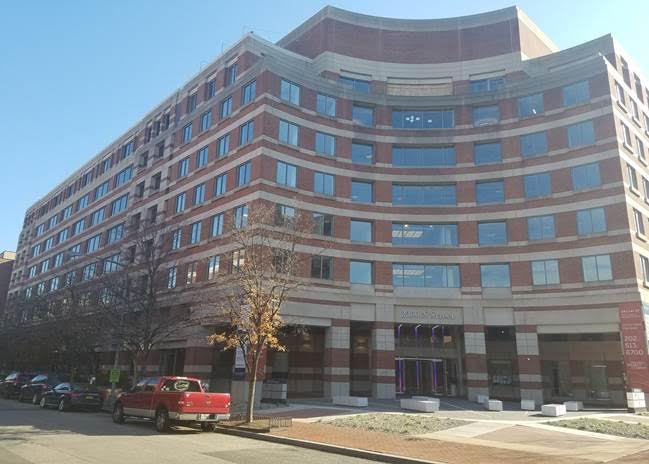 ACORE Capital provided the five-year first-mortgage loan on the building—about one mile northwest of the White House—which closed on Dec. 15, 2017.

Aspen Institute, a think tank, is moving in to the recently renovated building, after signing a lease last year, for more than 90,000 square feet. Aspen will partially replace Pillsbury, a law firm that moved closer to the city’s downtown area. More than 195,000 square feet remain unoccupied, according to the building’s website. But an ACORE executive reported optimism that the property will be leased up in short order now that its $17 million refresh is nearly complete.

“What’s hard about D.C., especially office buildings, is that they trade tight,” said Lance Wright, an ACORE managing director. As potential lenders, “the life companies and the banks are pretty aggressive. It’s hard for any debt fund to win a bid like this in D.C.”

ACORE was able to sweep in because the debt fund has more tolerance for delayed cash flows than a bank or an insurance company might, Wright added, noting that at closing, Lincoln had lined up four serious potential tenants to join Aspen at the premises.

District of Columbia tax records show that Lincoln purchased the 287,000-square-foot building in 2011 for $140 million, or about $488 per square foot. Lincoln said he hopes to earn rents in the low $50s per square foot, Wright said.

Office-building prices in the national capital were on the rise last year, according to Curbed. Average acquisition costs climbed to $538 per square foot in the third quarter, up 7 percent since January 2017. That level places the city’s office market, which dipped in the middle of a decade, back near its 10-year high.

The building features three underground parking levels, a fitness center and views of the National Cathedral and Rock Creek Park from a new roof deck.

“The rooftop deck really differentiates this building from its peers,” Wright said. “There aren’t a lot of buildings in D.C. with a rooftop deck.”

Representatives for Lincoln and for Draper & Kramer, the broker for the financing, did not respond to a request for comment.