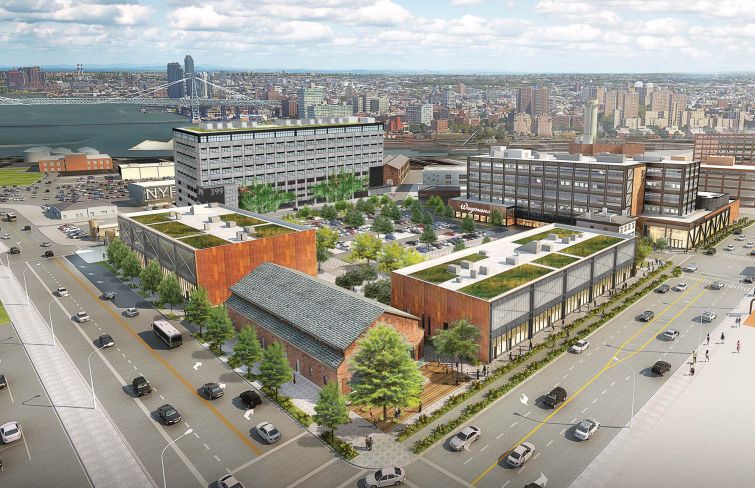 The Navy Yard Development Corporation, the nonprofit entity that controls the yard, last year demolished most of the historic Admiral’s Row houses on the western side of the former shipbuilding hub, paving the way for Steiner to begin developing a multi-building commercial project that includes offices, manufacturing space and the city’s first Wegmans grocery store.

The development will be his second major one in the Navy Yard. His first was Steiner Studios, the half-million-square-foot movie production facility that occupies five former warehouses at the eastern edge of the yard. Steiner told Commercial Observer in a recent interview that he plans to continue expanding the studios over the next decade, with the aim of building another million square feet of production space.

And now his firm, Steiner NYC, has filed plans for a ground-up industrial and office building at 399 Sands Street, near the yard’s Sands Street gate and a New York Police Department tow pound.

Applications filed with the New York City Department of Buildings today call for a nine-story, 412,000-square-foot commercial development with a large, multi-level garage.

The full build-out of Admiral’s Row will include the 75,000-square-foot Wegman’s, 90,000 square feet of retail and 365,000 square feet of light industrial space, according to Steiner. His firm is also looking for construction financing. Construction is already underway and expected to be complete by the second quarter of 2019.