Shop 'til you drop? Click 'til you're sick may be more fitting. 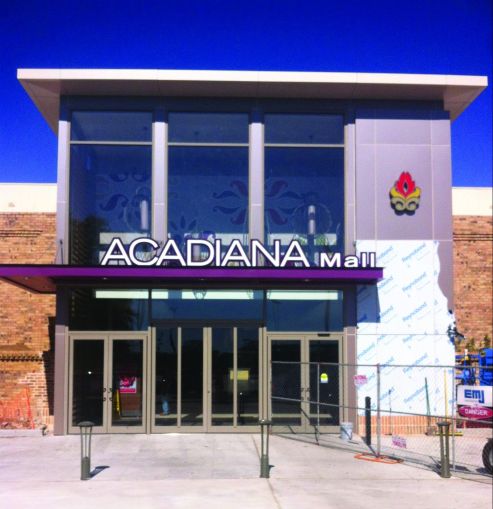 The e-commerce contagion has pulled brick-and-mortar retailers, regional malls and shopping centers under the weather, resulting in tenant bankruptcies and mass store closures that have, in turn, put pressure on maturing retail commercial mortgage-backed securities loans—predominantly those issued in 2006 and 2007, prior to the financial crisis—and created refinancing hurdles for borrowers.

“The concern is everywhere, and in some cases, it’s a surprising reality,” said Manus Clancy, a senior managing director at Trepp. “Because of the outlook for retail in general, a lot of borrowers are struggling to refinance. The problems are across the sector.”

From November 2016 to October 2017, roughly $29.3 billion in securitized mortgages backed by retail properties were paid off or liquidated, 12 percent of which was disposed with losses, according to data from Trepp. The disposed loans were written off at an average loss severity of just under 55 percent, up from around 47 percent in 2016, while overall CMBS loss severity for all loans disposed within the same time frame fell to just under 43 percent. This year, there have been 244 retail loans—totaling $3.4 billion—that have been resolved with losses at around $1.8 billion, according to data from Trepp and Morningstar Credit Ratings.

“If I had to guess, [retail loss severities] are in excess of 50 percent,” said Andrew Hundertmark, a managing director at CWCapital Asset Management. “In my opinion, a mall was never worth what it was when the loan was made. There were assumptions made to rent growth and tenant strength that didn’t turn out to be true, and 10 years ago then these loans were made, no one saw Macy’s as a troubled retailer. J.C. Penney showed some cracks but wasn’t a concern. People underwrote loans thinking everything was going to stay as it was.”

The rest is history. Retail giants such as J.C. Penney, Sears and Macy’s have closed hundreds of stores as they try to shift investment focus to e-commerce, technology and the use of delivery services. On Nov. 2, Sears announced that it plans to close more than 60 locations by late January 2018, marking 243 total closures since January 2017. The retailer will be left with around 680 stores operating in the U.S., down from 3,500 locations in 2010.

What impact have these closures had on maturing retail CMBS? These loans have been made vulnerable, in part, because they’re propped up by leases from major anchor retailers. When anchor boxes come under increased stress or shutter, it creates a vicious cycle for the mall owner or landlord that can negatively affect overall consumer traffic to small- and midsized in-line retailers such as Radio Shack or Bon-Ton Stores—both of which have recently closed stores—who fill out the mall and benefit from a strong anchor presence.

“The best we can do [as servicers] is try to stabilize tenancy and get them in longer-term leases,” Hundertmark said. “We want leasing arrangements with tenants who can take advantage of co-tenancy if anchors close. Just because you have a mall that’s troubled, it doesn’t mean there aren’t retailers ready to come in. They’re all about traffic counts, and they don’t care so much if Sears is open for business or not.”

Chattanooga, Tenn.-based REIT, CBL Properties’ Mall of Acadiana in Lafayette, La. may be a transitionable survivor. Its debt was originated by Bank of America in 2007, and the loan comprises 63 percent of the roughly $196 million BACM 2007-2 CMBS transaction. The enclosed mall at 5725 Johnston Street was previously anchored by the usual suspects: Sears, J.C. Penney, Dillard’s and Macy’s. According to Trepp watchlist commentary, Sears will shutter its location at the mall by the end of the year, and “there are significant co-tenancy implications tied to the two anchors closing, which may have a significant negative impact on cash flow and potentially collateral occupancy.” The mall is buoyed by its collection of noncollateral tenants such as a Carmike movie theater, which occupies 247,072 square feet—or roughly 81 percent —of usable space, an Old Navy, a Barnes & Noble, an Olive Garden and a Taco Bell. As of November, Trepp commentary indicated that the borrower is “self-managing and leasing the mall and continuing to make monthly payments” despite the mall’s status as nonperforming beyond maturity.

Some major high-end national mall landlords, such as Washington Prime Group or GGP, look to reposition retail space to include entertainment and lifestyle services and national restaurants. Washington Prime has even moved to use online competitor Amazon’s fulfillment lockers to help draw consumers.

“Often, the property will be sold at auction for a discounted price, and now, at lower basis, the new owner can invest and turn them around. It’s a mixed bag,” said Edward Dittmer, a senior vice president of CMBS at Morningstar Credit Ratings.

Smaller entities may not be so lucky or may not have the capital necessary to make a change, being that repositioning an anchor into an entertainment venue or fitness center can be a daunting task. It can sometimes be an even harder challenge as malls in metro areas and gateway cities are just simply outdated and face competition from newer facilities complete with more modern amenities.

Los Angeles’ Westside Pavilion is one recent victim of an oversaturated market. The future health of the three-story, 766,608-square-foot mall at 10800 West Pico Blvd. in the suburbs came into question in August after its debt service coverage ratio fell below 1.10x as it faced hurdles with lease terminations—major tenants have begun moving just a few miles away to the Westfield Century City mall.

“West L.A. has too many malls chasing the same customer and it was due for consolidation,” said Macerich Chief Executive Officer Art Coppola—Westside Pavilion’s owner—in the company’s third-quarter earnings call. In October, Macerich, announced its search for a buyer. The $142 million, post-crisis era loan was transferred to special servicer Rialto Capital Advisors for the first time in September due to imminent monetary default. The note comprises just under 13 percent of the remaining collateral in the roughly $700 million WFCM 2012-LC5, Wells Fargo-sponsored CMBS transaction.

“[Many borrowers] view retail as undervalued and come in at a good basis with a plan and some money and an opportunity to make some good return,” Hundertmark said. “In general, people are out there trying to sell the troubled stuff. Regional malls attract a much different buyer set. Strip malls or shopping centers tend to bring in more local buyers, those who know the market and may have owned the property next door and can bring some synergies there with repositioning. The buying universe really differs, and there are a couple names in almost all sales.”

CMBS retail issuance has climbed while delinquencies have fallen 16 basis points to 6.47 since August, Trepp data shows. Changes in the way retail space is being modeled and used have most certainly spurred new investment into the sector and enabled many operators to thrive despite widespread concerns over the performance of the physical retail environment.

“A lot of the new delinquencies we’ve seen have been maturity defaults in 2017 as a result of the 2007 issuance,” Dittmer said. “Some of those loans have not been liquidated yet and are going to take some time to work through. It may take a year or two to see what will be the ultimate resolution.”

Retail delinquencies recovered more quickly than other major property types after the most recent financial crisis, according to Trepp analysts. Special servicers acted more swiftly to foreclose on distressed retail collateral to cut losses, in contrast to the “extend and pretend” approach more commonly employed with other property types, analysts said.

“We’ve talked to a lot of landlords, and most of them are scratching their heads because every location is different,” Hundertmark said. “If we can get a gym in here and a couple of nice, national restaurants, the community is strong enough, so we can keep this moving. But, retail has moved away from us, so what can we do? We can partner with or sell to a multifamily developer to put up a new development. The old retail paradigm has been shattered. There is no one size fits all.”

“[Landlords] have got more flexibility and more options than a servicer, and [they’re] definitely getting more creative and more aggressive, taking steps they’d never dreamed of 10 years ago,” Hundertmark said. “The model was you build the mall, and the anchors stores build around you.” That’s no longer the norm as landlords can no longer rely on anchors and must take matters into their own hands.

Some analysts argue that yield can be mined easily in the right market with the right strategy. “The bright side is pruning season is ending,” Clancy said. “Sears and Macy’s have been pruning and closing stores, but what’s left in their portfolio they’re confident in. Simon Property Group and GGP and others who provide experience can still make the business model work. The headlines have outpaced reality. People can still make a good buck with the right strategy, market and tenants. What’s disastrous is older malls, sagging demographics and newer competition.”

National mall landlords who can reposition these assets may be the future of regional malls as they’ve been able to exhibit the clout and capital needed to entice bondholders and take on such projects. And, these companies, like GGP, have seen its stock price climb in recent months.

There’s an interesting variety of players at auction for distressed regional malls, ranging from major national mall landlords to development firms looking to use the typically stellar locations where malls have been built to construct lifestyle centers full of national retail brands and restaurants, along with a residential building to help drive foot traffic and spark cash flow.

“First things we look for from a borrower is do they have the desire and the capital to reposition this mall, and three, do they have a plan?” Hundertmark said. “If they don’t know what they’re doing with the capital, they’re wasting everyone’s time. More and more we’re seeing them come in with a plan and turn it into a discount strip center or what have you.”

With approximately 25 percent of the CMBS arena being retail and roughly $3.1 billion in retail CMBS set to mature in the next 12 months, many borrowers may be done wiping their noses and ready to lick their chops.