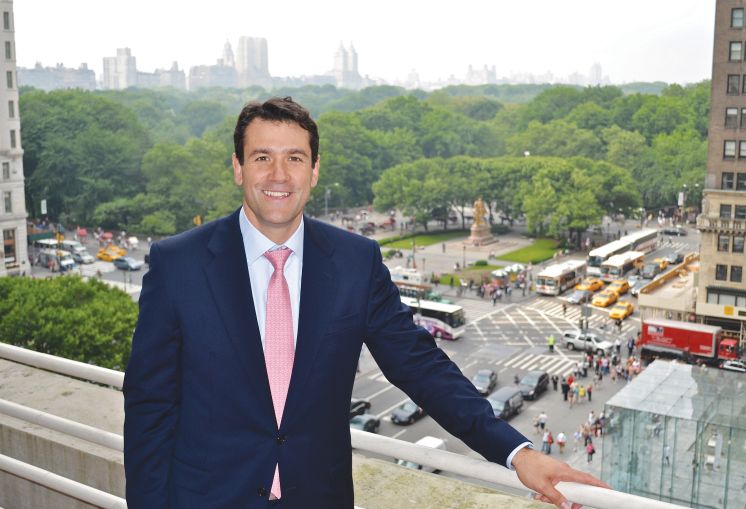 Paramount Group has promoted leasing executive Peter Brindley from senior vice president to executive vice president of leasing, a role formerly held by Ted Koltis. The news comes a day after the company announced it hammered out an agreement to bring open-source software database company MongoDB to its 48-story office tower at 1633 Broadway.

Brindley joined Paramount in 2010 and has quickly risen through the ranks of the office management company’s leasing division. In his new role, he will continue to manage the leasing of the company’s entire portfolio of commercial properties across New York City, Washington, D.C., and San Francisco. He replaces Koltis, who is leaving the company after six years “to pursue other opportunities,” according to a release from Paramount. A spokesman for Paramount didn’t respond to inquiries to talk to Brindley and Koltis, and neither broker responded to a request for comment.

Before arriving at Paramount, Brindley was a senior director at Tishman Speyer, where he handled the leasing of Rockefeller Center, the MetLife Building and 666 Fifth Avenue. (Tishman Realty and Construction developed 666 Fifth in 1957 and, as the company dissolved in 1976, it sold the 41-story building to Japanese developer Sunitomo for $80 million. The re-formed Tishman Speyer Properties then acquired the trophy office property for $518 million in 2000. In 2007, it sold the property to Kushner Companies for a then-record-breaking $1.8 billion.) Before heading to Tishman in 2004, he worked in the brokerage services group at CBRE.

“Peter is an extremely skilled leader and has formed significant and valuable relationships in his more than 15 years of experience in real estate,” said Paramount CEO and President Albert Behler in prepared remarks.

He added that Brindley “has done a remarkable job leasing Paramount’s 9 million square foot Class A portfolio in New York. We look forward to Peter leading our leasing team as we continue to execute our strategy to unlock value for our shareholders.”

Meanwhile, Paramount finalized a 106,230-square-foot lease with MongoDB at 1633 Broadway, its 48-story skyscraper between West 50th and West 51st Streets. The landlord announced the 12-year deal in a press release this morning. The software company will take the 37th and 38th floors of the 48-story tower, as The Real Deal first reported last month.

MongoDB will relocate from the former New York Times Building at 229 West 43rd Street, where it has grown out of the 60,000 square feet it has occupied since 2013.