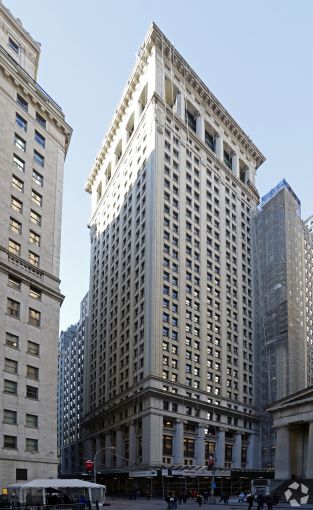 NYU Langone Health has signed an early renewal for 74,069 square feet at 14 Wall Street that is home to the hospital’s administrative offices, Commercial Observer has learned.

The institution, which has been in the 37-story tower for a decade, will continue to occupy the entire ninth and 10th floors of the building between Nassau Street and Broadway—formerly known as the Bankers Trust Building—for another 15 years.

Asking prices in the 1-million-square-foot office building near the New York Stock Exchange range from the mid-$40s per square foot to the low $50s per square foot, according to Cushman & Wakefield.

The landmarked 1912-skyscraper at 14 Wall Street features 13-foot ceiling heights and renovated windows, elevators and common corridors, as well as a modern lobby. Existing office tenants include Amerigroup and Barclays, while retailers there include T.J. Maxx and Starbucks and Equinox.