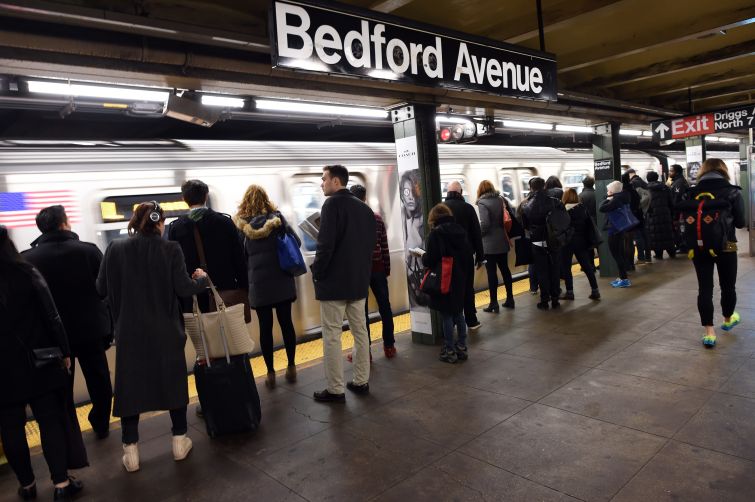 The Metropolitan Transportation Authority and the New York City Department of Transportation have unveiled their long-awaited plan to convey L train riders between Manhattan and Brooklyn while the MTA shuts down the line’s East River tunnel.

The shutdown will begin in April 2019 and last for 15 months. The MTA has argued that shuttering service between Bedford Avenue in Williamsburg and Eighth Avenue in Manhattan is the most efficient way to repair the L train’s Canarsie Tunnel, which was flooded with millions of gallons of water during Superstorm Sandy in 2012.

Eliminating the L for more than a year will disrupt commutes for 400,000 riders, 225,000 of whom take the train between Manhattan and Brooklyn. In order to get those riders into the city, the plan includes increased subway service on the nearby G and J/M/Z lines, longer G and C trains, free MetroCard transfers between the Broadway G and the Lorimer-Hewes J/M/Z, and similar free transfers between the 3 train at Junius Street and the L train at Livonia Avenue.

The DOT also plans to make major road changes to help move commuters across Manhattan. The agency will convert 14th Street into a bus-only street during rush hour between Third and Ninth Avenues eastbound and between Third and Eighth Avenues westbound. There will also be upgraded 14th Street Select Bus Service with a new pedestrian lane, dedicated bus lanes in each direction and a sidewalk expansion. Overall, the agency expects 38,000 riders will take the bus across 14th Street.

The plan also calls for Manhattan’s first two-way, protected crosstown bikeway along 13th Street, which will include a buffer separating cyclists from traffic.

Traffic patterns on the Williamsburg Bridge will shift dramatically to accommodate a handful of new bus routes. Only cars and trucks will with three or more passengers will be able to cross the bridge, in order to keep traffic flowing and the bridge clear for additional bus service. During rush hour, 70 buses are expected to carry 3,800 commuters across the bridge. The MTA aims to run three new bus routes: one running from Grand Street L stop in Williamsburg to First Avenue and East 15th Street in Manhattan; another running from Grand Street to Broadway-Lafayette in Soho, and a third from near the Bedford Avenue L stop to Soho.

And finally, the city also plans to roll out a new ferry route, connecting North Williamsburg to East 20th Street along the East River. DOT aims to run eight boats an hour in each direction, carrying up to 1,200 passengers an hour each way. Fares for ferry riders will be “integrated with” the M14 and M23 Select Bus Service routes, the agencies note in a presentation, which means that riders will get free transfers between the ferry and the bus.