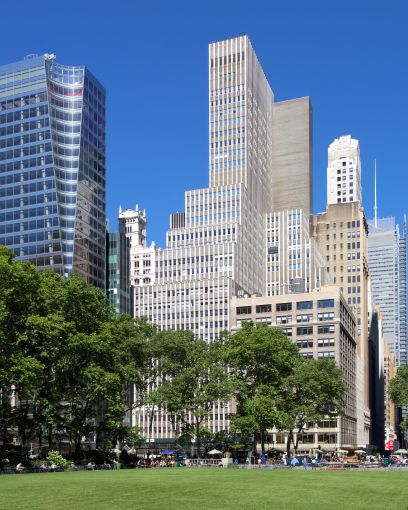 Online food ordering company Grubhub has signed a renewal and expansion at Equity Office’s 5 Bryant Park to triple its footprint to 79,219 square feet in the Midtown building, Commercial Observer has learned.

The company, which merged with Seamless in 2013, already occupies the entire 26,681-square-foot 15th floor of the 34-story, 680,000-square-foot building at the corner of West 40th Street and Avenue of the Americas.

“The Bryant Park submarket continues to be one of the most attractive in the city for growing creative companies that are drawn to its world-class dining, retail, and hotel options, expansive public spaces, and unrivaled access to transportation,” Zach Freeman of Equity Office, who handled the deal in-house with colleague Scott Silverstein, said in prepared remarks.