Construction Starts in the Bronx Projected to Top $2B—Again 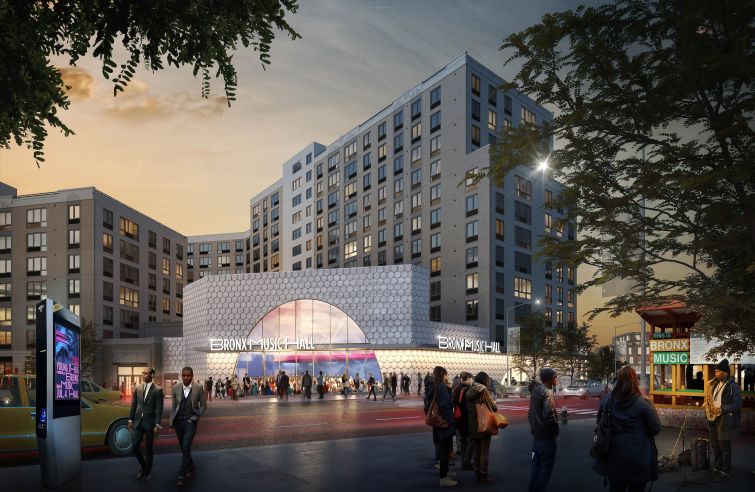 The Bronx is still burning.

Led by strong housing development, the value of construction starts in the Bronx is expected to be more than $2 billion for the third consecutive year, according to a just-released New York Building Congress Bronx study of Dodge Data & Analytics data covering the first nine months of 2017.

The Building Congress forecasts that about $2.3 billion worth in projects will have commenced construction this year in the Boogie Down, roughly the same amount as in 2016 and slightly outperforming 2015’s $2.2 billion.

Projects that started this year in the borough by September were collectively worth $1.7 billion, according to the analysis. (New York City overall saw around $31.2 billion of construction project starts through the first three quarters of 2017.)

The Bronx has seen increasing interest from developers over the last 10 years in response to the demand for more affordable housing citywide as well as the availability and affordability of the land in the borough.

“The Bronx is experiencing positive momentum and benefitting from continued strong investment from both the public and private sectors,” Building Congress President and Chief Executive Officer Carlo Scissura said in a prepared statement. “With the value of annual construction starts more than doubling since the beginning of this decade, it’s obvious that the development community now views the Bronx in a whole new light. And I would be surprised if that percentage doesn’t continue to rise in the coming years.”

As of September, the top costliest developments in the Bronx of the year are a $232 million project to replace Unionport Bridge and a $165 million 12-story, 305-unit apartment building at 443 East 162nd Street in Melrose, which is being developed by New York City’s Department of Housing Preservation and Development, the Women’s Housing and Economic Development Corp. and BFC Partners. The later project will be anchored by the Bronx Music Hall.

Housing account for the largest asset class—53 percent—for which new projects began construction through the first three quarters of 2017 in the Bronx, according to the report. That was followed by public works at 20 percent, institutions (schools and health care facilities etc.) at 15 percent and commercial properties with 11 percent.

“The Bronx possesses the most opportunities for new residential development, and the ability to produce new housing for residents at all income levels,” Scissura said. “As the de Blasio administration further ramps up its affordable housing program and as private developers increasingly look to the north, the future looks bright for the Bronx.”

Excluding the final quarter, the Bronx saw 3,190 residential units begin construction in 2017. The report indicates that the total is on track to outperform last year’s 3,918 units and 2015’s 4,240 units, which was the most in the last decade.

“The Bronx has land, which the other boroughs don’t,” Louis Coletti, the president and CEO of the contractor association umbrella Building Trades Employers’ Association, told Commercial Observer. “And the land is obviously less costly than in Manhattan or Brooklyn.”

Regarding the future of development projects in the Bronx, Coletti added: “The only thing that could impede the growth of the Bronx is the natural economics of real estate—if interest rates start to get too high and people decide they aren’t going to borrow money or if [the economy] starts to slow down. Then you will see things slow down in the Bronx.”