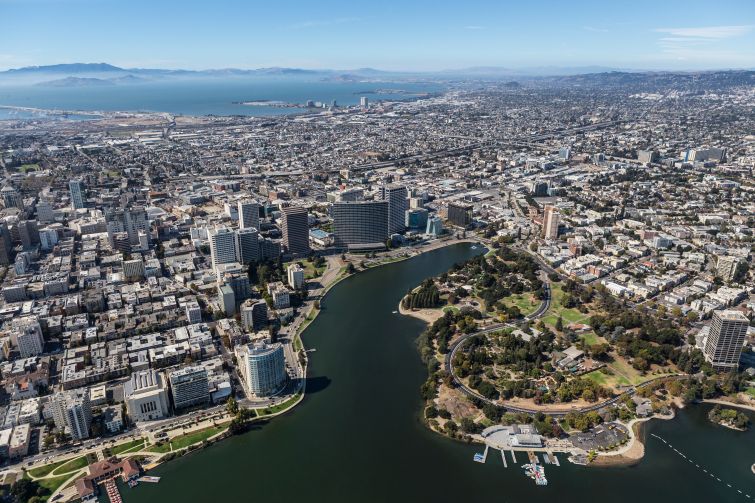 CIT Bank has provided $35 million to New York-based real estate owner and operator Brickman to finance the acquisition and upgrading of Plaza 360, a creative office building located at 360 22nd Street in Oakland, Calif.

Loan proceeds were used to acquire the property, with a portion of the undisbursed funds going toward common area upgrades and tenant improvements, according to an announcement from CIT.

“Plaza 360 is located in Oakland’s Uptown District, a prime spot close to restaurants, shops and several transportation options,” Matt Galligan, president of CIT’s real estate finance division, said in prepared remarks. “This transaction is the first with Brickman and demonstrates our effort to provide secure financing that maximizes value for developers.”

Built in 1957, the 115,186-square-foot property includes ground level retail space and has a large pool of tenants, including the United States Social Security Administration, according to property tenant information from CompStak.

Brickman has several West Coast office properties in its portfolio, including one in Los Angeles, two in San Francisco and two in Seattle, Wash.

In August, The Registry reported that the owner-operator had acquired the eight-story Plaza 360 building for $44 million from White Plains, NY-based True North Management Group, which had purchased the asset for $28.25 million in August 2015. With this transaction, Brickman was investing its Brickman Fund VI and purchasing primarily value-add office assets on the West Coast, according to the publication.

Officials at Brickman could not immediately be reached for comment.