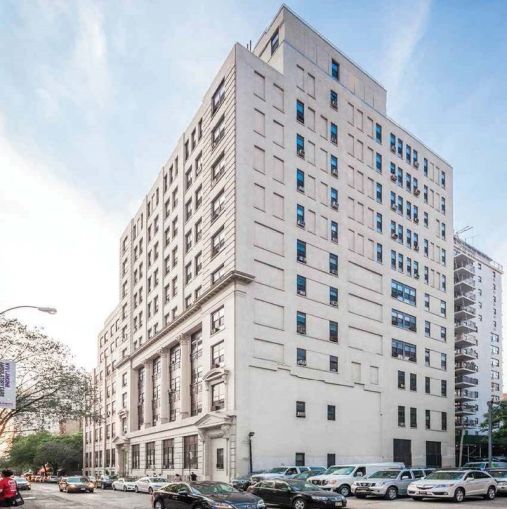 Standard Communities has financed its acquisition of a historic affordable housing building in Hell’s Kitchen with a $94 million loan from Walker & Dunlop, according to an announcement from the lender.

The Bethesda, Md.-based financing company provided the 35-year, fixed-rate, fully amortizing loan with the backing of the Department of Housing and Urban Development‘s Section 223(f) program, which insures mortgage loans to facilitate the purchase of multifamily housing.

The building, known as the Polyclinic Apartments, rose in 1910 at 345 West 50th Street between Eighth and Ninth Avenues, as a hospital. After the facility closed in 1977, the property was renovated for a new life as affordable housing, with 151 apartments.

Favorable financing was available only because the building was grandfathered in to a federal affordable housing program that flourished when the property was converted in the late 1970s. At the time, financing such projects was far better incentivized than it is today, the lender said. The HUD program that backed the refinancing would not have been available to a new building today.

“A lot of the funding [for affordable housing projects] has dried up over the years,” said Chris Rumul, a managing director at Walker & Dunlop. “HUD is not issuing new project-based [loan guarantees]. You have to find a property that already has” an affordable-housing project in place.

A HUD spokesman confirmed that the department no longer offers loan subsidies for similar projects.

“I don’t know that we are awarding new contracts under that program,” the spokesman said. “It’s more based on renewals of existing contracts. A new development, I don’t believe they can secure a contract under the project based rental.”

Indeed, Rumul said, only thanks to the affordable housing commitment of Standard Communities—a subsidiary of the Standard Property Company— were the transaction parties able to ensure rents will remain below market levels.

Because achieving profitability in affordable housing means successfully coordinating with federal, state and local governments and drawing on expertise of arcane regulations, only motivated property managers can pull it off, the managing director said.

“It’s so specialized,” Rumul explained. “You really do have to want to play in that space. There are comparable returns on investment [to market-rate housing,] but how you get there is that you have to put together these financing packages that have a couple different sources.”

In addition to the federal cooperation on the deal, Walker & Dunlop also secured the support of the New York City Department of Housing Preservation & Development, which approved a 35-year Article XI abatement from city property taxes. Article XI exemptions provide full or partial tax relief for projects to construct or refurbish affordable housing.

In an age when gentrification continues to push Manhattan homes out of reach for low-income New Yorkers, the Polyclinic property represents a scarce opportunity for residents to lock in affordable rents in a well-maintained building in Midtown.

“The condition of the building is excellent,” Rumul said, adding that “this is a building that any of us would be happy to live in. The previous owner had done a lot of repairs, upgrades and improvements to prepare for the sale.”

Such high-quality affordable housing is so difficult to come by that Polyclinic has a decades-long wait list, according to Rumul.

Scott Alter, the co-founder of Standard Communities, was not immediately available for comment.