The Plan: Flexibility, Greenery and a Large Pantry for a FinTech Firm 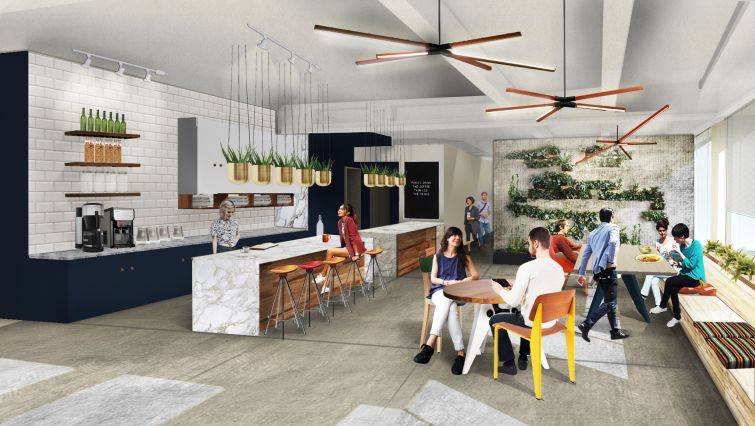 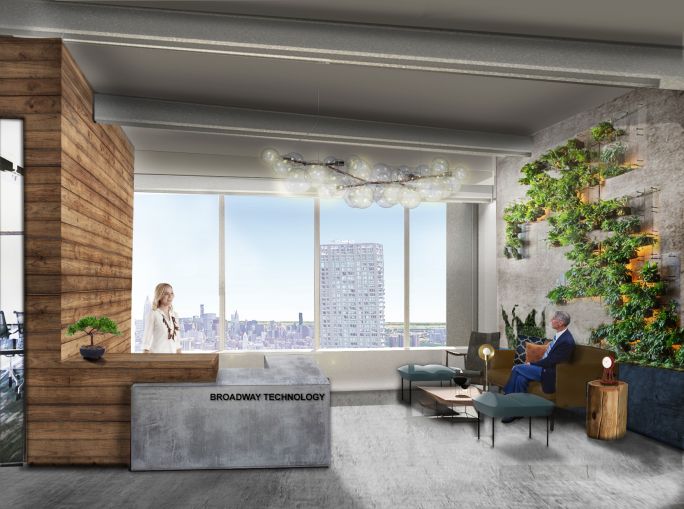 Before Ajay Chopra, the founder of Echo Design + Architecture, began designing the new 30,000-square-foot offices for financial technology company Broadway Technology at 28 Liberty Street, he set out to get a sense of what was important to its employees by interviewing them.

“What was interesting about this process is the amount of analysis that we had to do was pretty extensive,” Chopra said. “In order to maintain employees in today’s market, there are a lot of things that tech companies have to do.”

After four days of talking things over with many of the employees in groups, he came away with a few critical themes for the new office: flexibility, greenery and a large pantry.

So the offices will feature 10 meeting spaces and adjustable open-plan workstations, a sizable kitchen with two smaller satellites ones on either side of the new digs and enough plants to form a greenhouse (just kidding, but there are a lot). To reduce audible interruptions, Echo Design + Architecture will place acoustic panels throughout the space.

Chopra’s team began discussions about Broadway Technology’s new headquarters in the spring and he hopes they will complete it by next summer. (A construction manager has not yet been chosen for the project.)

The new offices for Broadway Technology, which has locations in Canada, the U.K. and Texas, will feature clean, polished concrete floors with 11.6-foot ceiling heights, walnut panels on walls and—if we weren’t clear before—lots and lots of plants (mostly ferns with a few lilies).

There will be plant walls near the reception area and in the main pantry, and there is more greenery along the edges of the office section that has a 1,550-square-foot town hall space. (The plant walls will have sprinkler systems).

“Generally plants makes you feel better,” Chopra said. “Not only the color but also it freshens the air. It has a comforting feeling, and it adds an element where it starts to warm up the space.”

To make the space available for employees to work in various ways, meeting spaces will come in a wide variety of sizes. There’s a boardroom, which can hold up to 16 people, but also phone booths for private conversations, “chat rooms” for one-on-ones, meeting spaces that can hold up to six persons and team rooms for up to 10. Some of the meeting rooms are connected by soundproof sliding doors and can be combined to make larger rooms.

The town hall section has a mix of uses. It will have a Ping-Pong table and stadium-like seating and projectors that can display movies. (Movies at work? Can Commercial Observer get in on this?) And when a glass sliding door is pushed back the space connects to the main pantry for an event venue that has standing room for 150 people (or 70 seated persons).

“Our goal is to allow employees to enjoy different parts of the space,” Chopra said.

Being on the 50th floor of the former One Manhattan Chase Plaza building comes with the advantage and disadvantage of Lower Manhattan views.

To give employees the option to reduce windows glare on computers, Chopra’s team designed “dual pocket shades” on the windows, which allow workers to completely black out the natural light or dim it.

“Lighting is critical,” Chopra said. “The idea was to give the employees an option so they can actually feel comfortable to work, so they are not distracted.”