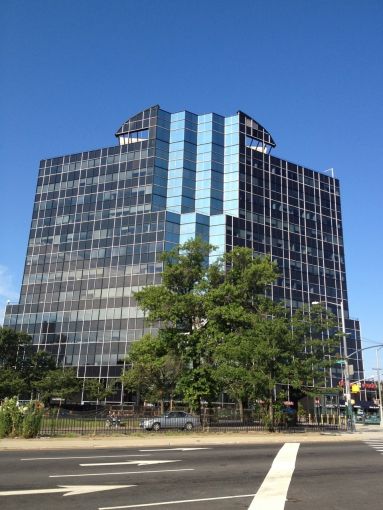 The Queens County District Attorney’s office is close to renewing and expanding its Kew Gardens office space to more than 100,000 square feet, Commercial Observer has learned.

The D.A. currently occupies 86,002 square feet in Crossroads Tower, a 12-story office building at 80-02 Kew Gardens Road, near Queens’ county criminal court and borough hall. It plans to renew its current lease and expand to 101,329 square feet, according to the Department of Citywide Administrative Services, which handles real estate deals for city agencies.

The new, 14-year lease for the county prosecutor’s office will include a portion of the concourse level, the entire first floor, parts of the second, fourth, fifth and seventh floors and the entire eighth floor. Asking rent was $37 a square foot for most of the space, except for part of the ground floor, which was asking $55 a square foot, according to information from CoStar Group.

The office, headed by Queens District Attorney Richard A. Brown, has occupied the tower since 1991, according to a DCAS spokesman. The 515,000-square-foot building was constructed in 1989 at the corner of Grand Central Parkway, Queens Boulevard, Union Turnpike and Kew Gardens Road.

CBRE’s Roy Chipkin handled the deal for the owner, Cammeby’s International, and John Morrill, also of CBRE, represented DCAS. They declined to comment through a spokeswoman.

Crossroads Tower fell into bankruptcy in the early ’90s, but its fortunes turned around by 1996, when the Federal Bureau of Investigation, the New York State Department of Finance and Taxation and a handful of other government tenants moved in, the New York Times reported at the time. The FBI currently occupies 84,000 square feet on the property’s top two floors, and the state finance department still has 38,000 square feet on the 9th floor.