Short-term leases are working for the long-term 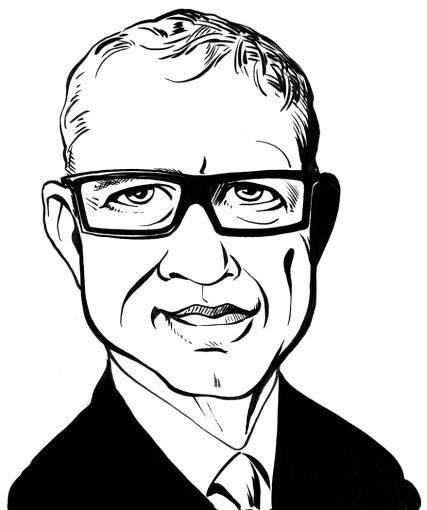 Traditionally, short-term leases (a.k.a., pop-ups) have been seasonal: Halloween costume shops, Christmas stores and sample sales have been a staple of this retail segment for years. But the advent of experimental fashion pop-ups and influencer events have paved the way for a broader pop-up retail strategy, which is looking better to both landlords and tenants.

These “pop-to-perm” strategies allow for new concepts, online brands to try out bricks and mortar and even established companies looking to expand into a new market.

For new brands, small businesses and emerging concepts pop-ups are an exciting opportunity to test the waters without committing to a long-term lease. There are no high buildout costs, co-tenancy clauses or penalties. Landlords, for their part, reap financial benefits of collecting rent and eliminating vacant storefront space at the base of a building.

According to a recent national study from Chicago-based marketing firm PopUp Republic, the pop-up industry has grown impressively over the past decade to the point today where total annual sales have reached $50 billion. It wasn’t so long ago that Target dropped a concept pop-up at West 42nd Street and Avenue of the Americas. At the time, some questioned the strategy for such a large retailer. They were just testing the waters back then, and apparently, they liked the temperature because now you can find Target stores throughout Manhattan.

Interestingly, there is a psychological component to the pop-up. There have been several consumer-psychology studies in recent years suggesting that pop-ups stimulate part of a consumer’s brain that enjoys new experiences. Aside from the immediate practical implications (more foot traffic and increased sales), the findings also support the effectiveness of pop-up retail as a lasting experiential marketing strategy.

A perfect example is trendy eyewear purveyor Privé Revaux. The inexpensive celebrity favorite sunglass brand—whose business partners include Hollywood luminaries Jamie Foxx, Hailee Steinfeld, Ashley Benson and Jeremy Piven—recently opted for a short-term lease at 120 West 42 Street for its first brick-and-mortar presence. The new store blends all the best elements of an experiential pop-up, including a graffiti-covered New York City subway car that was left by a previous tenant and cloud installation. Expectations, the company said, are to extend their stay after evaluating the amount of traffic the store generates. Because a pop-up tenancy can last from one day to one year or more, the idea of planting a flag with only a short-term commitment can be extremely attractive.

Made to stay: Brands extending their stay after successful debuts

Since 2015, we’ve seen an increase in commercial leases of three years or fewer, as landlords have recognized the value in negotiating for the shorter term as the market stabilizes. One particularly interesting development contributing to the shortening of leases is the steady stream of online brands seeking a brick-and-mortar presence.

To me, pop-up doesn’t always have to be experimental and edgy and on a shoestring budget. And nobody exemplifies that spirit more than The RealReal. Following in the footsteps of other online only businesses like Bonobos, Warby Parker, Birchbox and even Amazon, The RealReal is expanding from e-commerce into brick-and-mortar retail in a mature way.

While the San Francisco-based company—which offers authenticated, high-end resale items online for women, men and the home—has been busy in recent years rounding up more than $150 million in funding for its online business, it has also launched a brick-and- mortar strategy.

Although it didn’t migrate from the online world to the physical, multibrand boutique Northern Grade also recently made the jump from pop-to-perm. After several years as a roving pop-up shop offering indie fashion and décor, the brand initially took a short-term option at 203 Front Street and signed a six-month lease in the Seaport District. Today, it remains a fixture in the Seaport’s rejuvenated retail scene.

In fact, there are so many successful examples of pop-to-perm in recent years we could fill the pages of this issue. Once brands have found their footing, they seek their own long-term spaces, where they can create opportunities that will bond them with shoppers. Smart brands know the value of providing excellent customer service in a memorable, enjoyable and stimulating setting, one that will prompt shoppers to make a habit of returning. But until then, putting products directly into shoppers’ hands at a pop-up or in a store with a short-term lease is an important way for brands to launch an omnichannel approach to retail.