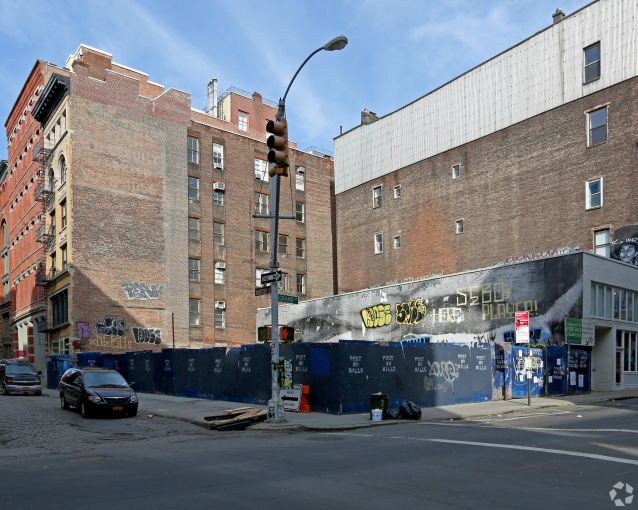 Churchill Credit Holdings, a small Manhattan real estate lender, has filed a petition for the U.S. Bankruptcy Court of the Southern District of New York to push a Soho lot’s developer into involuntary bankruptcy, according to court papers obtained via Nationwide Research Company.

The lender claims that it is owed nearly $14 million from 74 Grand St. Equities, a corporation whose only asset is a small lot. The site, at 74 Grand Street, between Wooster and Greene Streets, was slated to house a six-story, four-unit residential condominium with ground-floor retail, according to Churchill’s website.

But according to the bankruptcy petition, the site—originally slated for mid-year 2018 completion—remains vacant and unimproved this month, with construction stalled. Meanwhile, Churchill claims in court documents that the developer began to miss loan payments in August on three separate rounds of funding, with an unpaid balance that now exceeds the lot’s appraised value, $12.5 million.

“Normally when a developer is in distress and is not paying the senior lender, or the senior lender is worried about not getting repaid, the lender tries to foreclose on the property,” said Adam Stein-Sapir, a co-managing partner of Pioneer Funding Group, which specializes in analyzing and investing in bankruptcy cases, and who is not involved in the case. “But in this instance, they filed an involuntary bankruptcy case. That’s unusual.”

Stein-Sapir speculated that the move for bankruptcy—a more onerous process than a foreclosure sale, because it requires the participation of at least three creditors—could have been triggered by an apparently ongoing ownership dispute surrounding the lot.

Details remain fuzzy, but Churchill’s petition refers to a question of whether the property’s ownership changed once Churchill extended the developer’s credit. Property records provide little additional transparency. Churchill and its attorneys did not immediately return a request for comment and 74 Grand St. Equities wasn’t immediately reachable.

All sides seem to agree that the lot was initially owned by Gayle Dunne and Sean Dunne, who spun it out into a closely held limited-liability corporation while remaining the owner’s agent for the construction process. But, the bankruptcy petition alleges, after the Churchill financing closed on March 3, 2006, Gayle Dunne and another Dunne family company, Mountbrook, may have shuffled the lot’s equity ownership among several new stakeholders.

Sean Dunne, a prolific Irish developer, has faced strife in the past decade both in his native country and in the U.S. In a 2014 report it called “The American Maze of a Bankrupt Empire,” The Irish Times detailed how failed ventures had led to Dunne’s debts of $942 million in 2014. The newspaper wrote that Dunne spent almost 400 million euros (about $475 million) on properties in Dublin in the mid-2000s, which crashed in value during the financial crisis.

Now, the 74 Grand developers will have a year and a half to suggest a reorganization plan.

“But they can get many, many extensions,” Stein-Sapir said. “The U.S. bankruptcy code is very debtor friendly.”