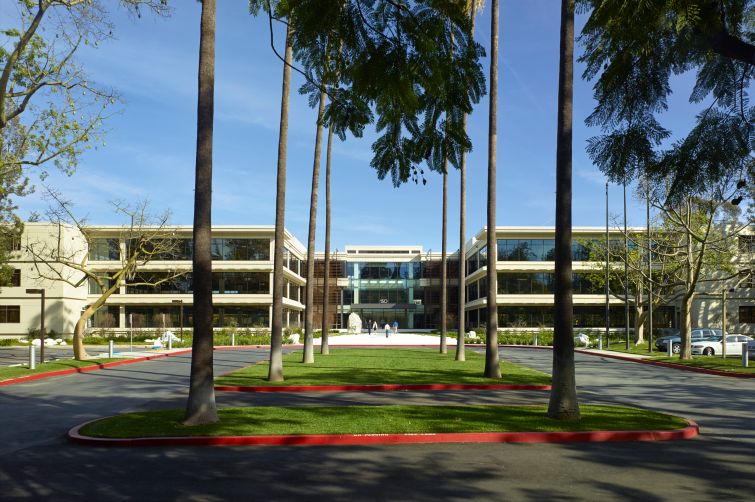 The Doheny Eye Institute has shelled out $50 million for a four-story, 123,203-square-foot office property in Pasadena, Calif., within the county of Los Angeles, the Commercial Observer has learned. The building at 150 North Orange Grove Boulevard, situated on a seven-acre parcel, will serve as the new headquarters for the 250-member staff of the renowned eye-research institute as part of its newly cemented partnership with the University of California, Los Angeles and its renowned Jules Stein Eye Institute.

Currently, the institute is headquartered at 1355 San Pablo Street in a 75,589-square-foot building they own and had built in 1974 on the County-USC Medical Campus in Boyle Heights. They will remain there until the relocation is complete. That will take place in stages over the next two years, Christopher C. Conway, chief of development and public affairs for Doheny, told Commercial Observer.

The seller of the building on Orange Grove was SteelWave, John McAniff, a managing director with JLL’s downtown Los Angeles office, represented SteelWave in the deal. McAniff did not respond to a request for comment.

SteelWave acquired the property in late 2013 from Avery Dennison for $17 million, according to public records. The label-maker had owned and occupied the building since its 1981 completion. SteelWave embarked on a $10 million renovation of the asset that included a refurbishment of the elevators, restrooms and mechanical systems, and added more usable square footage to the building Boyd said. Following the sale, Avery Dennison leased the property from SteelWave for about a year before relocating to approximately 60,000 square feet at 207 Goode Avenue  in nearby Glendale, an approximately 190,000-square-foot multi-tenant office building along the Ventura 134 freeway. Tenants at the building on Goode Avenue include Equinox Glendale and Whole Foods’ corporate.

A key selling point for Doheny, Conway said, was the building’s proximity to biomedical organizations including the Huntington Memorial Hospital and other leading institutions such as the California Institute of Technology that make up a growing biotech corridor in the city.

“The facility was such a jewel in the crown,” Conway said. “I practically got on the ground and kissed the soil when I visited for so many reasons, but one of them being the magnificent location, right in the heart of Pasadena, right by Old Town and on Orange Grove, which is the premier artery in the community, next door to the Norton Simon Museum and Pasadena Historical Society.”

The institute has plans for $20 million in upgrades to the property to better serve its research and clinical needs.

“We compete for the top researchers in the world,” he said. “The location and the quality of our facilities is a huge deciding factor for people. Pasadena is one of the most beautiful neighborhoods in this country then you have this gorgeous facility that is basically located in a park,” he added.