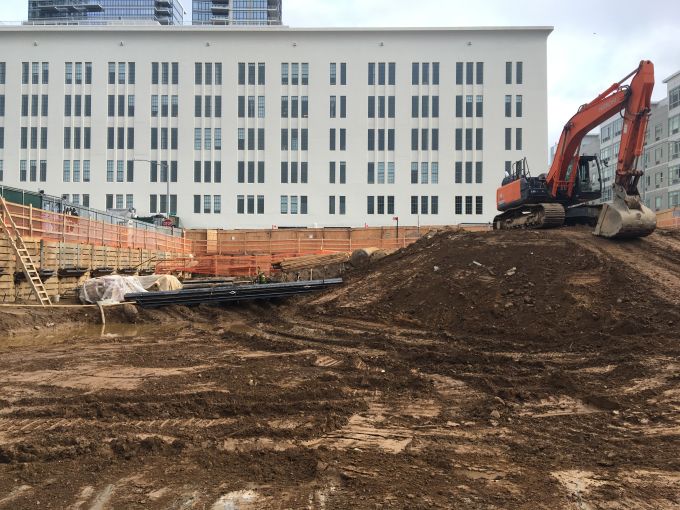 Madison Realty Capital has provided a $64 million construction loan for a mixed-use development in Williamsburg, Brooklyn, according to an announcement from the lender today.

The 117,000-square-foot building, located at 200 Kent Avenue, will host a mix of retail and office space. A garage on site will offer 45,000 square feet of parking.

“This is a marquis location in Williamsburg,” said Josh Zegen, MRC’s co-founder and managing principal. “We liked that these were approved plans. The speed and the execution [MRC offered] are a lot of why the borrower” chose MRC to provide the loan, according to Zegen.

The loan carries a floating interest rate, he said. He declined to specify the term, but said that MRC’s “typical deals are two to four years.”

Zegen did not identify the borrower, but a deed on file with the city for the lot’s purchase in March, 2017 was signed by Shifra Hager, an owner of Cornell Realty Management. The firm has owned and developed properties in Brooklyn and Manhattan. Through a holding company, Cornell purchased the lot in March for more than $34 million.

The developer did not immediately respond to a request for comment. Barry Fishbach, a vice chairman at RKF, confirmed that his firm was the leasing agent for the property, but declined to comment further.

The building, designed by ME Architect, will go up on a 23,000-square-foot lot that has received Department of Buildings approval for a six-story structure. In February, The Real Deal reported that Trader Joe’s will open a store in the development’s 50,000-square-foot retail space.

In its announcement, the lender touted the site’s views of Manhattan and its proximity to five subway lines. And retail, the MRC co-founder said, has a promising future in the neighborhood.

“Retailers, when they move to Brooklyn, Williamsburg seems to be the first stop,” Zegen said. “Brooklyn is a place where retail can still make money.”

Zegen said he expects the construction to be completed in 18 to 24 months.