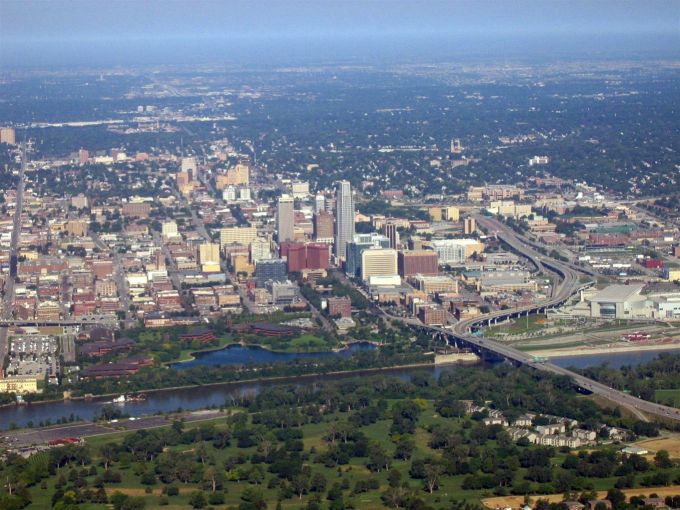 A roughly $78.6 million loan backed by the Shadow Lake Towne Center in Papillion, Neb.—just 10 miles outside of Omaha—has been sent to special servicing, according to an alert last week from Fitch Ratings.

The loan was transferred to special servicer C-III Asset Management due to imminent maturity default as it neared its November 1, 2017 maturation date, after first being placed on the servicer watchlist in June. The borrower is currently marketing the property for sale and is negotiating with a potential buyer, according to watchlist commentary from Trepp.

The 10-year-term loan, which carries a fixed rate of 6.2 percent, was originated by the now-defunct Bear Stearns in October 2007, a month after Shadow Lake was constructed. It had an original securitized balance of $83.8 million, and the note comprises just under 15 percent of the roughly $537 million MSC 2008-T29, Morgan Stanley-sponsored mortgage backed securities transaction, according to information from Trepp. This marks the loan’s first trip to special servicing.

The 769,183-square-foot shopping center (636,297 square feet of which is security for the original acquisition loan), located at 7775 Olson Drive in Papillion, is anchored by troubled retail chain JC Penney, which occupies 102,593 square feet (or 16 percent of the building) on a lease set to expire in March 2027, according to tenant information provided by Trepp. In March, JC Penney released news that it planned to shutter 138 locations across the country. The company said in a release detailing the move that the store closures represent approximately 13 to 14 percent of its current store portfolio, but less than five percent of total annual sales.

The loan was placed on the servicer watchlist for the first time in June due to tenant occupancy concerns surrounding the bankruptcy announcement of one of its tenants, Omaha, Neb.-based Gordmans Stores, which filed for Chapter 11 protection in March 2017, listing $131 million in debt in its federal court filings. Gordmans occupied 50,271 square feet on a lease that was set to expire in 2020. The borrower is currently attempting to lease the vacant space and has received interest from several parties, according to Trepp watchlist commentary.

In April, Houston-based Stage Stores announced it bought out Gordmans from bankruptcy, closing on the roughly $40 million acquisition of inventory and selected assets—including a minimum of 50 Gordmans store leases and the rights to assume the leases of an additional seven stores and a distribution center, according to a press release from Stage.

Dick’s Sporting Goods is currently the locations next largest tenant, having leased 50,000 square feet on a lease that ends in January 2023. The mall also houses a TJ Maxx, a Best Buy and a Bed, Bath & Beyond—all on leases set to expire in 2023.