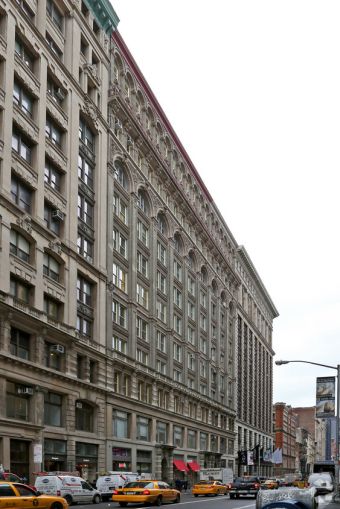 Untitled Worldwide, a branding company, signed a 4,321-square-foot, six-year lease to move to a larger space within Soho, Commercial Observer has learned.

The agency took a landlord built-to-suit office space on the ninth floor in the 12-story building at 584-588 Broadway between Prince and Houston Streets, according to information provided by the tenant’s brokerage Lee & Associates NYC. The asking rent was $68 per square foot.

“Untitled Worldwide has been responsible for communicating the brand strategies of such exciting brands as PayPal, NBC and Glossier,” Dennis Someck of Lee & Associates NYC said in prepared remarks. “We were thrilled to assist them in relocating to this desirable Soho location, which will offer them easy access to many of the esteemed brands with which they collaborate.”

Someck represented the tenant along with Lee & Associates NYC’s Justin Myers and Aidan Velle. The landlord, Olmstead Properties, was represented in-house by Steve Marvin. Marvin didn’t respond to a request for comment.

United Worldwide was located in 2,900 square feet at 110 Greene Street between Spring and Prince Streets before assuming the new space.

The 1897 property at 584-588 Broadway is a 226,000-square-foot Class B office building renovated in 1990, according to CoStar Group. Office tenants include Arvind Denim Lab and FuseFX with Express in the ground-floor retail space.