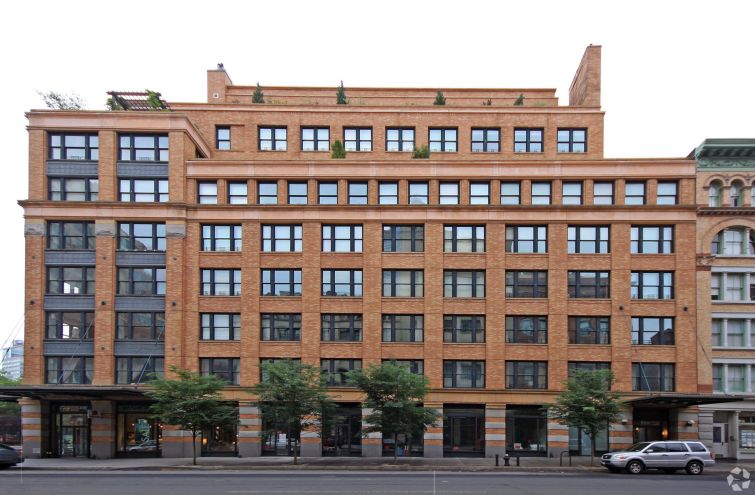 Marx closed earlier this month on the property, located at the base of a nine-story, 26-unit residential condominium building at the corner of Hudson Street and Ericsson Place, according to sources with knowledge of the transaction.

The retail condo is comprised of 7,009 square feet of ground-floor retail space plus another 4,491 square feet of below-grade space, and is currently occupied by a Warburg Realty sales office, the Tribeca Community School and The Little Gym of Tribeca. All three tenants are under long-term leases with no vacancies imminent, sources said, declining to specify the exact length of the leases.

Marx acquired the property as part of a 1031 exchange involving its sale of a mixed-use, residential and commercial property in Louisville, Ky., according to Craig Deitelzweig, the company’s president and chief executive officer.

“We found this corner of Tribeca to be extremely enticing,” Deitelzweig told CO, citing the location’s high traffic and its proximity to Citigroup’s headquarters complex at 388-390 Greenwich Street. “We’re big believers in Tribeca, and New York City in general,” he said, adding that the deal is “part of our continuing effort to grow in New York.”

“Despite market sentiment, there has been a continued demand for quality brick-and-mortar retail assets, especially in neighborhoods like Tribeca,” Klatsky, Time Equities’ director of retail leasing and acquisitions, said in a statement. “Savvy investors, like Marx Realty, are taking the long-term view by betting on a neighborhood where boutique retail has traditionally thrived.

Marx is a subsidiary of the publicly traded Merchants’ National Properties, which has a portfolio of 68 properties in 16 states across the country. The firm’s New York assets include 545 Madison Avenue, 708 Third Avenue, 201 East 57th Street and the Cross County Shopping Center in Yonkers.