The Plan: A Look Behind Oath’s Live-Streaming Production Facility [Updated] 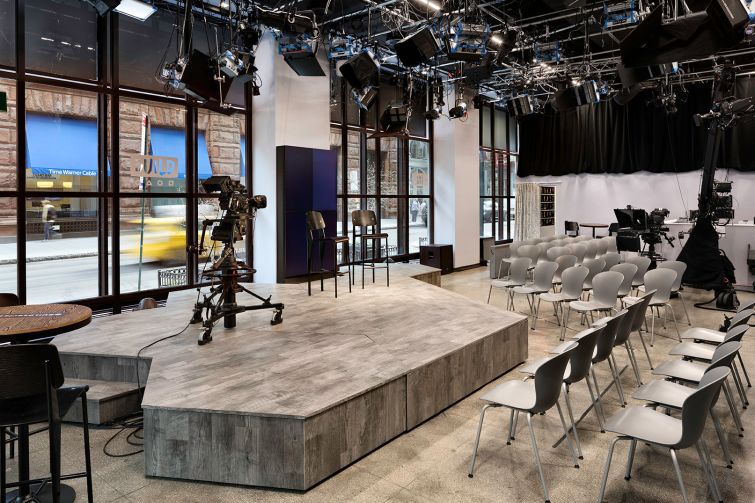 Oath's studio has a moveable and expandable platform and a lighting grid system. Photo: Mancini Duffy 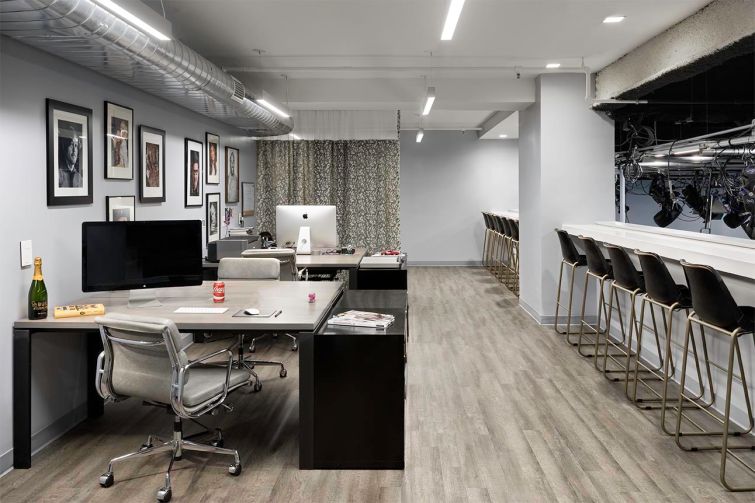 There are office stations on a mezzanine level overlooking the studio. Photo: Mancini Duffy 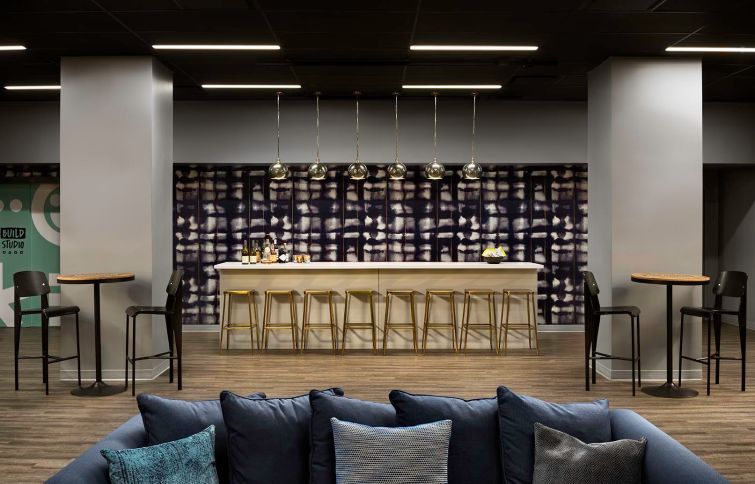 A bar in the basement for parties and events. Photo: Mancini Duffy 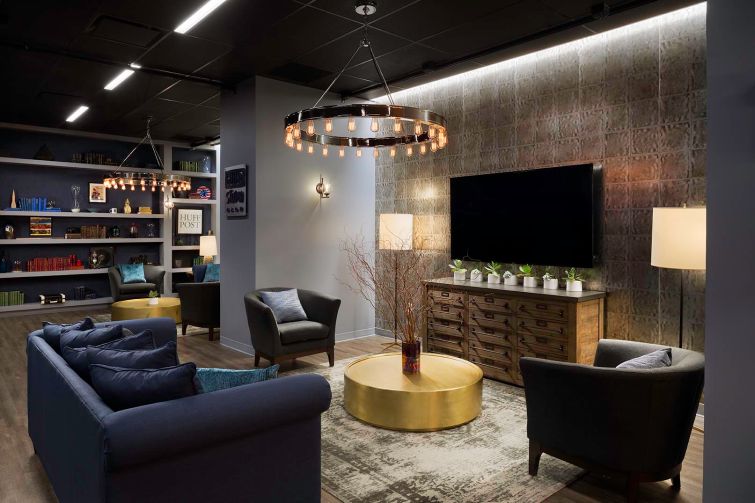 The lounge in the basement for parties features relaxing furniture and finishes. Photo: Mancini Duffy 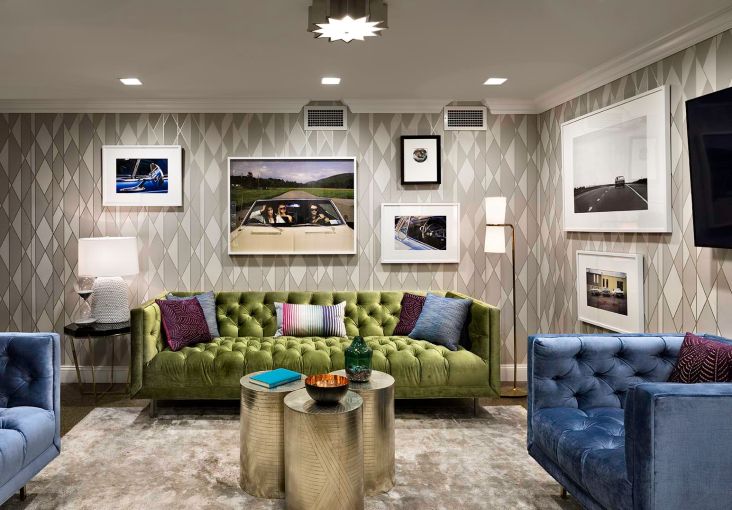 The VIP room in the basement. Photo: Mancini Duffy
Previous Next

Oath, a Verizon company comprising AOL, Yahoo and The Build Series of live interviews, has its production facility on the ground floor of 692 Broadway so that the company can live-stream concerts and interviews with stars, including actors, directors, musicians and the like, while allowing passersby to watch.

To protect the celebrities—Sofia Vergara, Jada Pinkett Smith, Regina Hall and Tom Holland are a few that have stopped by since The Build Studio, a facility for The Build Series, opened in January—architecture firm Mancini Duffy crafted a two-window pane system. The first is the traditional window on the exterior of the 1903 building; then it installed a special bulletproof window wall behind that one.

“One of [Oath’s] concerns was safety for the talent that was in there, so they wanted to create a barrier,” Scott Harrell, a principal at Mancini Duffy, told Commercial Observer. “Visually from outside you don’t know that it’s there.”

Before the three-floor, 13,412-square-foot studio opened in January, general contractor Quest Builders completely demolished the space, formerly home to Major League Baseball’s MLB Fan Cave (which shutdown in 2015 after four years). Quest stripped down the walls and the ceiling slabs to open up the studio, which has exposed 13-foot high ceilings.

Mancini Duffy designed the studio to accommodate about 40 people. And it also has a movable metal platform that can be expanded or shrunk depending on what Oath wants. The architecture firm sprayed the ceilings and beams black to blend in with a lighting grid system.

There are two green rooms, where stars can do their makeup, have snacks or prepare before they are on stage, and there is a photo shoot area as well. Mancini Duffy also enlarged the restrooms from three to seven single-occupant rooms.

Although Oath allows pedestrians to view recordings from outside, the space does have some studio space that can’t be seen from the street.

Construction workers cleaned an existing staircase that leads to a basement area, where Mancini Duffy created a lounge for parties that can hold up to 45 people. It’s an open space with a bar and residential-style lounge seating, rugs and wallpaper crafted by interior designer Apartment 48. There is also a VIP section behind the main lounge.

And above the studio space, there is a mezzanine section that has a dozen office stations for the staff, an editing room and a pantry and bar that overlook the studio.

To fit the computers necessary to run the studio equipment, Mancini Duffy had to redesign and triple the size of a server room, which was about the size of a closet, and the firm put audio and control rooms in the basement. It was tough, Harrell said, to install all of the technology among critical infrastructure systems, such as ductwork and sprinklers, and make sure not to leave a tangled mess.

“We crammed all of that stuff into a small amount of space,” Harrell said. “The challenge was the infrastructure, because they are using technology heavily [in the production facility].

Update: This article was edited to reflect that AOL became Oath in June, and the space is called The Build Studio.