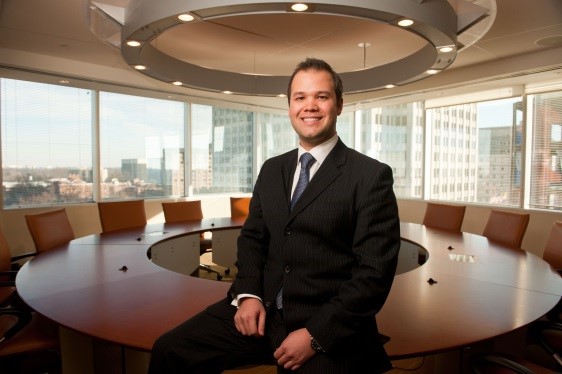 In 2007, fixed-rate funding was the norm in multifamily finance as well as in other commercial asset classes. Only the pension funds, sovereign wealth funds and a few very large, institutional real estate companies made use of floating-rate loans. But the last five years have seen a change in the way multifamily real estate is financed. Although fixed-rate loans still dominate the market, private equity funds, smaller middle-market investors and even family offices now embrace floating-rate options when it is accretive to their investment strategies.

By 2009, rent growth had dropped into negative territory, according to the Federal Reserve, but when it recovered, it recovered robustly. Since 2012, multifamily rents have been growing about 3 to 4 percent per year. With rents rising at this rate, investors became more confident that they could realize the yields they sought in less time. The three- to five-year hold periods they could secure with a floating-rate loan provided a better match for their investment needs than a 10-year or even a seven-year fixed-rate. In effect, floating-rate financing enabled them to accelerate their investment cycle.

Floating-rate loans also provided multifamily investors with a solution to another post-recession challenge—the influx of new money that drove up valuations in many cities. The lower start rate of floating-rate loans—combined with the increasing availability of one to five years of interest-only payments—helped investors make their numbers work in ways that fixed-rate loans could not.

As the recovery slowly unfolded, multifamily investors began to recalibrate their thinking about interest rates. Despite repeated predictions that interest rates would rise, rates stubbornly adhered to historic lows, giving investors confidence that when rates did finally rise, they would move slowly. Once the Fed began raising rates, the sentiment was confirmed.

In other words, during the recovery, investors who took out floating-rate loans paid interest rates that were, by historical standards, unprecedented. And as long as the 30-day LIBOR moved in a narrow band between 0.15 and 0.30 percent, as it did from July 2009 to November 2015, they paid these low rates for a sustained period of time.

L.A.-based Trion Properties’ experience with the purchase, refinance and subsequent sale of Sierra Village, a 1980s garden-style property in the Sacramento area, illustrates why investors have become such proponents of floating-rate financing. .

Trion is a classic value-added investor, using extensive renovation and lease-up tools to increase net operating income. Sierra Village met Trion’s objectives perfectly. The asset had been owned by a Texas-based operator who had purchased Sierra Village in a receivership sale. The rents were low, expenses high and occupancy rates below market.

In September 2016, Trion sold the property. During the 33 months it held Sierra Village, it had increased net operating income by approximately 70 percent and achieved an average of 98 percent occupancy. On closing, the project-level IRR was 58 percent, with an equity multiple of 2.71x. By contrast, a fixed-rate loan would have trapped their equity unless they opted for a supplemental loan, and the subsequent amortizing payments would have impacted cash flow.

As Trion’s experience illustrates, recent market conditions have favored the use of floating-rate loans, and as 2017 continues to unfold, they continue to be a popular option for investors. In a time of higher interest-rate volatility and slower rent growth, fixed-rate loans might make more sense. But one thing is certain: Having proved their worth during the recovery, floating-rate loans will remain part of the multifamily toolbox for the foreseeable future.

Andrew Kwok is a vice president at Capital One multifamily Finance. He can be reached at: andrew.kwok@capitalone.com