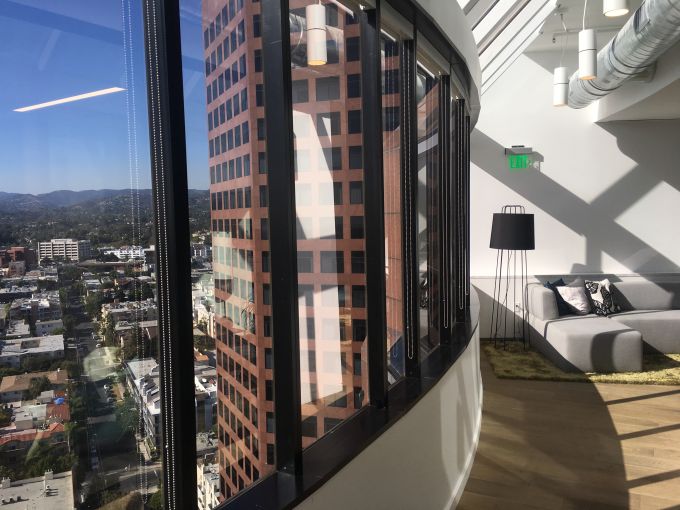 Entertainment Weekly will relocate its headquarters to Los Angeles, the company recently announced. EW Editor-in-Chief Henry Goldblatt and an estimated 50 out of the magazine’s current 66-member staff are expected to make the move by March of next year.

EW, whose parent company is Time Inc., has been based in New York since its founding in 1990 and will maintain a staff presence in Manhattan at 225 Liberty Street at Brookfield Place where the publication has been centered since 2015, despite its West Coast relocation, according to a company spokeswoman.

The media outlet will be moving to Time Inc.’s digs at 11766 Wilshire Boulevard in West Los Angeles, which also houses People, as well as staffers of other Time brands and departments. A Time Inc. spokeswoman told Commercial Observer the office, housed on the 17th and 18th floors, was recently renovated and now includes a state-of-the-art television and video studio.

“Los Angeles is an incredibly vibrant city,” Goldblatt told CO “With the explosion of production—TV in particular—this move puts us in an awesome position to be embedded with the people and projects we cover.”

Goldblatt will continue his role under Jess Cagle, the editorial director of Time’s Style and Entertainment Group. He will join Time Inc. Entertainment Group Senior Vice President Ellie Duque and work on growing the magazine’s advertising base, according to an official Time Inc. statement.

The West Coast move comes amid ongoing company-wide initiatives to cut costs, including selling titles and cutting the frequency of print circulation for titles including Time and Fortune, as Time Inc. continues its transition from a print advertising heavyweight to a digitally centered operation.