Long Island City has the housing, the transit and the offices—all it needs is the retail. Don’t hold your breath 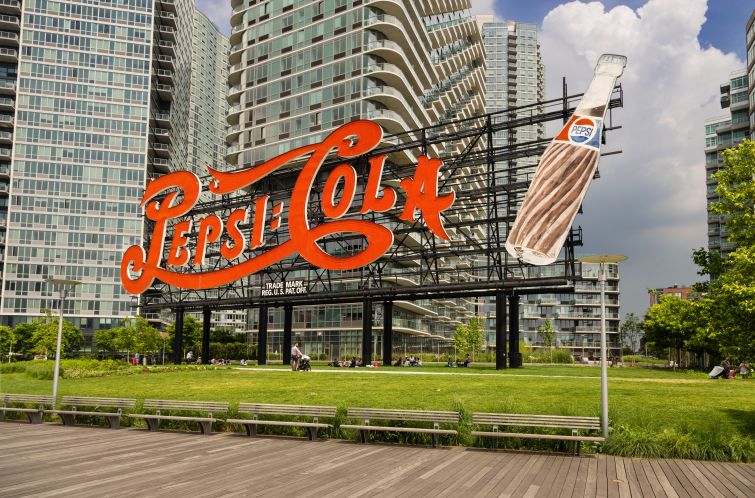 Long Island City is practically begging for retailers to set up shop—yet, not many have.

Brokers, developers and long-time residents agree the ongoing residential boom, with tens of thousands of new units to come over the next few years, is nearing a critical mass of residents—the kind retailers like to see before signing a lease.

But is that enough?

Probably not. According to data provided by the Long Island City Partnership, a development association, the western Queens neighborhood has around 265,000 square feet of retail. That’s less than 1.5 feet per capita.

Over the next three years, the partnership expects that figure to rise to 730,000. Still, that’s small potatoes compared to the city’s other business districts. Lower Manhattan, for example, projects to have 10 times that square footage. Downtown Brooklyn already boasts 660,000 square feet of retail in the Fulton Mall alone.

The question—can Long Island City ever become a submarket with adequate retail—has vexed boosters for decades because, for old and new residents alike, the neighborhood’s not without its charms.

“It’s one of the coolest neighborhoods in New York City,” said Pat Breslin, a Queens native and executive managing director of Collier’s International. “It’s safe, it’s clean, and people are investing in their houses and fixing them up. They’re able to cash out on those houses bigger and better than they ever imagined.”

But for developers, it presents obstacles. Like the fact that the hottest, most desirable land just isn’t great for shopping.

Since the early 1980s, a consortium of city and state departments and the Port Authority of New York & New Jersey have tried to develop a 74-acre strip of formerly industrial East River land called Queens West. Originally, the project was envisioned as a multi-use, multistage development, like Battery Park City, stretching from the Anable Basin down to 50th Avenue. But over the years, a planned 2-million-square-foot commercial complex has shrunk to tens of thousands of feet and dispersed to the ground floors of the high-rise residential towers that now dominate the waterfront landscape.

Brokers say that’s not a great recipe for retail. Limited road access is a problem for deliveries and causes congestions for customers. Plus, a shop on the water will always have half the reach of a landlocked store.

And retail is not able to easily push inland from the waterfront. Just west of the water is Vernon Boulevard, a low-slung, commercial drag with a Brooklyn vibe. But the street, like much of Long Island City, is zoned for only modest commercial activity with small lots and restrictions on parking. That’s good for mom-and-pop stores and bad for the national chains that commercial realtors like to see in developing markets.

That leaves Court Square—a once-desolate neighborhood of warehouses and auto body shops—as the next option. With the long blocks and wide properties, it represents a rare opportunity for retailers in Long Island City to go big.

Like the waterfront, it’s a neighborhood that’s been pushed for years. In 1989, the city convinced Citigroup to erect a 50-story glass tower at 1 Court Square, then the tallest building in Queens, through tax incentives and spot zoning. It stood out like a sore thumb—giant, green and shimmering, visible from Manhattan.

Boosters saw the office tower as the symbol of a new era, bound to trigger new commercial developments throughout the neighborhood. Most everybody figured it would only be a matter of time before the retail followed. Bankers would need a place for lunch. They had money to spend. It made sense. But the boom never happened.

John Reinertsen, a CBRE broker who’s been working in Long Island City for over 30 years, recalled a lot of unhappy bankers.

“They were front office people, and they came out here and were kind of fishes out of water,” he said. If they weren’t taking the train back to Midtown for lunch meetings, the bankers were eating lunch in the company cafeteria. Few ventured across the street to Brooks, an old-school chophouse still standing on Jackson Avenue. Reinertsen called that “cocooning.”

So, too, did employees cocoon at the other offices that followed Citigroup, like Metropolitan Life Insurance, and then JetBlue, both of which occupied the Brause Realty’s Brewster Building in nearby Queens Plaza.

“Everything was internal,” said Elizabeth Lusskin, Long Island City Partnership’s president. (Brause and MetLife declined to comment to Commercial Observer. JetBlue did not respond to requests for comment.)

The city tried Court Square again in 2001, when a 37-block area around the Citi tower was rezoned for high-rise development, reigniting talk of a commercial renaissance. Officials even billed Long Island City as the city’s “fourth central business district,” in the mold of Midtown and Downtown Manhattan and Downtown Brooklyn’s Metrotech.

And again, the boom never happened. After Sept. 11, developers focused on Lower Manhattan. Then, during the Great Recession, construction in outer boroughs slowed down. While some developers, like G&M Realty and Rockrose, shifted to residential projects, other landlords sat on their sites, effectively locking up Court Square.

“Sometimes, when a developer owns property, or is assembling property, in an up-and-coming booming neighborhood, I think the eyes and the belly get really, really big and see a lot more than is actually going to be there,” Breslin said. “They hedge. And sometimes you lose, and sometimes you win when you hedge.”

Take Sarah Cohen for example. When Cohen joined Gotham Realty, a real estate firm founded by her grandmother in 1944, in 2008, she assumed she’d develop her family’s block-long strip mall on Queens Plaza South. Then the recession hit. Cohen sold the parcel’s air rights to Heatherwood Communities, which used them for a 27-story residential tower at 27-03 42nd Road. Meanwhile, she kept her tenants on three-year leases, holding out for a gangbusters tenant who wouldn’t lowball her on a 10-year lease. She’s still waiting. On the Gotham Realty website, the property is advertised to prospective buyers as a two-story glass box, boasting over 25,000 square feet of retail.

“Since my grandmother bought it, she always said, ‘This location is so fantastic that eventually we’re going to kill it over here,’ ” Cohen said. “But it has just taken a really long time.”

Meanwhile, some savvy businessmen and real estate pros got in on the ground floor. Richard Boccato owns Dutch Kills, a trendy, wood-paneled cocktail bar on Jackson Avenue. Ten years ago, when he began work on the bar, he lived across the street, underneath a hardware store. Jackson Avenue was a dusty, six-lane road bordered by parking lots and auto body shops.

Now his building, and a handful of others in the area, is owned by Rockrose. The firm bought the low-slung building in 2009, as part of President Justin Elghanayan’s plan to foster a Jane Jacobs-style village of shops for the tenants in their nearby high-rises. “We’re focused on street flavor,” Elghanayan said.

In an email to CO, Boccato wrote that he’s not a “carpetbagger” and didn’t open his bar to target an incoming residential population. If anything, he said, the bar’s survived “just fine” as a destination for foodies and tourists as much as a watering hole for the new locals.

Boccato’s not alone. New businesses in Long Island City can do well—just as long as they don’t cater to the residents.

“You have to look at the psychology of why people move to Long Island City,” said Rich Nieto, the owner of Sweetleaf, a café with two locations in the neighborhood. “People move to Long Island City not necessarily because that’s where they want to live but because they want to live close to Manhattan. So when they think about the enjoyments of going out, of eating or drinking, it’s so quick to get out.”

That makes the neighborhood a tough place in which to do business. Nieto opened his first café on Jackson Avenue in a family-owned building in 2008. For years, he said, his main customers didn’t live in the neighborhood. They came from Greenpoint, Brooklyn and stopped for coffee after crossing the Pulaski Bridge to catch the 7 train to Midtown.

That changed when Nieto opened a second Long Island City location, in 2012, at the base of a TF Cornerstone residential high-rise at 4615 Center Boulevard. He said his customer base increased like “clockwork,” every six months, as new towers opened up. (Not only in rentals has the residential part of the neighborhood been booming but also in condominiums; just last week Halstead Property issued a report finding that the average sales price for condominiums had jumped to $1.06 million, a whopping 46 percent over the last 10 years.)

To sweeten the pact, Nieto said, TF Cornerstone gave him a “good deal” on the first few years. Plus, he’s on a 15-year lease, which isn’t unusual for TF Cornerstone’s waterfront retail tenants, according to Jake Elghanayan, a senior vice president with the firm.

Those long leases aren’t necessarily a great sign for the neighborhood’s viability as a retail destination. Nor are the kinds of tenants locked into long leases on the waterfront—like doggy day cares and nail salons. But brokers say the gradual arrival of national chains—like a Chipotle on Jackson Avenue and soon a CVS/pharmacy on the ground floor of Related Companies’ tower at 1-50 50th Avenue—is a good sign.

“Other retailers follow other nationals,” Breslin said. “None of them are explorers or pioneers. They go and follow.”