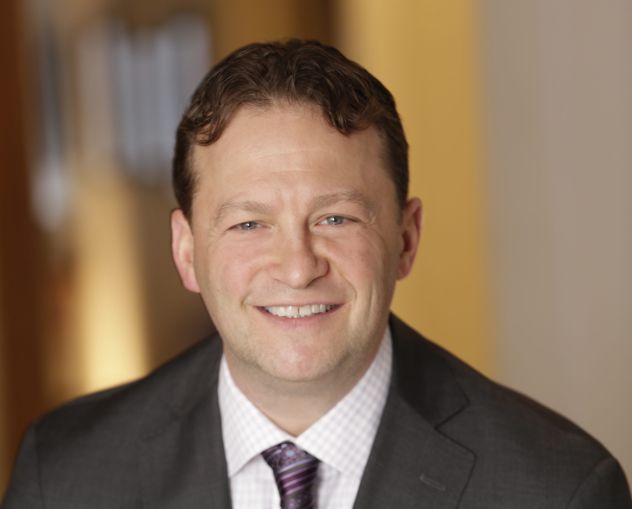 David Becker knows a thing or two about global markets. As head of the equity division at Time Equities, he oversees more than 1,500—and counting—investors globally and has an investment footprint that extends to Germany and the Netherlands. Becker paused his globetrotting to sit down with Commercial Observer and described which markets and assets are piquing the firm’s interest today and why investing in New York City is like a game of musical chairs.

Becker: I run our equity department, so I oversee the team that interfaces with the investment community throughout the U.S. and abroad. We manage somewhere in the neighborhood of 1,500 investors—and growing. It’s a very active business, and it’s really helped the company to expand significantly. We now have accredited high-net-worth family-office-related investment capital investing with us on our various properties and in our fund. It’s allowed the firm to grow at a really nice, consistent pace.

Do you have many overseas investors?

We have some. There are some tax-related issues [for those investors], but we’re exploring how to expand that horizon. We’ve gone abroad to Germany, Canada and the Netherlands so far. That expansion has given some international investors interest in investing with us. So, we’re starting to attract these investors; we just need to bring them in in a more efficient way.

Why Germany and the Netherlands in particular?

In the mid-1990s, Time Equities went to Canada because the Canadian dollar was very weak—65 cents on the U.S. dollar. There was a time when Quebec had a separatist movement, and there were a bunch of political people in Quebec who wanted to create it as its own country and separate from the rest of Canada. That freaked out a lot of people, and so there was a lot of uncertainty and really no bank lending. We had an opportunity to invest because the U.S. was coming out of a recession at the time, and we were offered properties in Canada that were unbelievably cheap. Buildings like 55 Fifth Avenue, or the equivalent of a 200,000-square-foot office building, that you could buy for 10 Canadian dollars a square foot. There were unbelievable discounts, and Francis [Greenburger, Time Equities’ chairman and chief executive officer] and Bob [Kantor, the president and chief operating officer] went up there and saw some really great buying opportunities. It turned out to be a great portfolio.

What’s Time Equities’ strategy when it comes to investing overseas?

One of the primary principles that Francis speaks about is that he is only interested in investing internationally in countries that have a very transparent political system. So, not to name countries that we wouldn’t invest in, but when you think of Canada, Germany or the Netherlands, they are very transparent in the way they operate and very similar to the U.S. in terms of their laws and real estate ownership strategies—so that’s very encouraging. We have looked at other European countries, but we haven’t gotten comfortable. Of course, we would go to the U.K., but the pricing in the U.K. is similar to the New York or San Francisco market. It’s very overheated and very competitive.

We’ve also tried to go to countries that are also facing some kind of hurdle in their own economy. In the Netherlands, we acquired two portfolios in the last 12 months for $60 to $80 a square foot—B-plus office buildings that couldn’t be produced for $250 or $300 a square foot, and at 10 percent returns and two-thirds occupancy. We were able to convince a German lender to finance the portfolio, and the rates were 150 basis points less than they are in the U.S. So, we bought a high return, financed at a low return.

Has Brexit impacted your investments at all?

No, not yet. We haven’t seen it find its way through. That’s not to say that it won’t. Being in the real estate business, I have a lot of real estate friends and colleagues who say, “You gotta go to the U.K.,” but the prices in London would be the equivalent of New York. Prices are very competitive, and there is investment capital coming from all over the world that still sees London as a primary financial hub of the world. So, until that shifts, I don’t know that the opportunities will be there…but it’s something to keep an eye on.

Do you see it ever shifting?

I see London as similar to New York City in that it’s hard to imagine London not being a primary hub having an influence in the world. If there was a blip or buying opportunity, we’d take advantage of it.

Historically, we would invite investors into any deal that we were buying at any given time, but they weren’t able to balance their portfolio with us; it would be a case of whether they had money at a particular time and whether they liked a deal. Now, we’ve evolved as a company, and we think it’s much more efficient, for us and for the investor, to have a range of different properties that Time Equities is buying in one fund. They’re called the Time Equities Inc. diversified income and opportunities funds, and we have a series of them. We’re now into Fund 3, which is a $100 million offering, and essentially, it will be a collection of partial-ownership assets. It’s income-based but with growth.

It will have assets that we’re buying in both the U.S. and abroad—a mix of properties that are distributing good, solid income with good upside potential. The unique thing about the fund is that our view on ownership is much longer term. A lot of our competitors think of real estate in terms of buying and selling, whereas we think of it as buying and financing. The difference is that we think we can exit the capital to an investor in the same way as if you sold it, only with our strategy you have continued, long-term ownership. If you think about wealth creation, it really comes not from people who bought and sold but from people who bought and held. That’s our fundamental buying strategy.

Are you investing in New York right now?

Over the last eight years New York has done nothing but go up like a rocket. So it’s a hard market to bet against, in terms of when things will turn. It’s our view that things are very overheated. The prices per square foot are still off the charts, and returns are very low, so you’re really betting on total appreciation. That’s the New York play. Fundamentally, we like income, and we’re dividend-oriented and cash-flow–driven. We’ve made some purchases, and we’re active on the development side, but in terms of buying, it’s been a challenge for us to compete in New York.

I think there will be a point when something happens; I don’t know what that will be, but it’ll be something that we’re not even thinking about—either finance-related or natural disaster or terrorism-related. Something will shake the system to a point where prices will have to take a breath. So from our perspective, we think there are better opportunities in other parts of the country and other countries for the moment. As soon as we see New York cool off and the fundamentals back in line, we will be active again.

In which markets are you getting the returns you’re seeking?

The coastal states in the U.S.—New York and California—are very similar in terms of pricing. Middle America has had better opportunities, so we’ve bought a number of properties in the Midwest and the Southeast. We’re buying at a fraction of the price that it would cost to build. I know everyone is talking about Amazon and the death of the mall, but we’ve been actively buying malls recently and have done very well. We just bought two large malls in Tennessee—for one, we paid $50 a square foot at a double-digit return, going in all cash. It has some credit risk because we have a J.C. Penney in it and we don’t know [the retailer’s] future, but even without it, the property still earns 9 to 10 percent [returns]. We think it’s almost as if some assets have been priced as if they’re already dead and that there will never be a use for a mall again. We think the risk has been overexaggerated. That’s not to say we don’t understand the dynamic of what is happening with online retail—it’s just that the impact on pricing has been exaggerated.

What are you buying overseas?

Mainly office, some industrial because it’s a little easier to oversee with a local partner on the ground. I’m sure we would look at retail and residential, but residential has been very competitive everywhere.

What’s next for Time Equities?

I see us continuing to buy office. I’d love to locate some industrial assets that we can acquire—that would be a good mix. What we’re trying to accomplish as a company is just to remain very diversified—both by geographic area and by product type. To be concentrated in one particular area isn’t really the Time Equities model. The beauty of our strategy is we have a lot of assets that aren’t really correlated to one another, so Midwest will perform when New York is not performing, or multifamily will do well when office isn’t.

How do you feel about the outer boroughs?

They’re priced like Manhattan. Long Island City [Queens] is a hot place right now, and Brooklyn is operating like a full market. We look at markets that still have upside in terms of their evolution or go into markets that are more mature yet deeply discounted for whatever reason. New York is attractive to all the foreign capital sources, so you have a lot of different people competing for X amount of deals, and you get this price surge, sort of like musical chairs. You just don’t want to be left without a chair.