A Slimmed Down Clinton Foundation Heading to 1633 Broadway 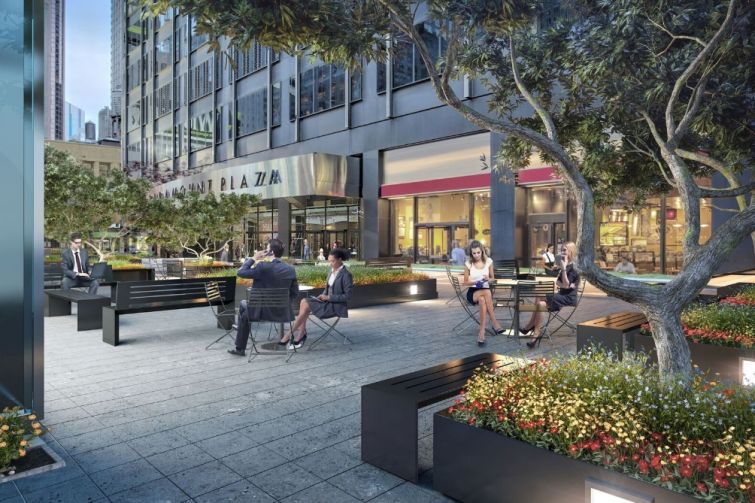 The Clinton Foundation is moving its offices from 1271 Avenue of the Americas to 1633 Broadway, Commercial Observer has learned, months after the shutdown of the foundation’s Clinton Global Initiative.

“Our lease is up at the end of the year, and as part of major renovations to our current building, all tenants have been asked to vacate,” a foundation spokesman said.

According to sources with knowledge of the deal, the 20-year-old charity took 36,393 square feet, or the entire fifth floor, via a sublease from ad delivery firm Extreme Reach at 1633 Broadway. The deal is for 11 years, with an asking rent of $58 per square foot.

Extreme Reach occupies the fifth and sixth floors of Paramount Group’s 48-story, 2.6-million-square-foot building between West 50th and West 51st Streets, and will consolidate onto the sixth floor.

Tenants in the building include Allianz Global, Morgan Stanley and Warner Music Group.

The Clinton Foundation is relocating from the 42nd floor at 1271 Avenue of the Americas between West 50th and West 51st Streets as the building undergoes a $325 million renovation, as The Wall Street Journal previously reported. CoStar Group indicates the foundation’s office there is 30,044 square feet.

Former President Bill Clinton created the foundation in 2001 as a way to fund his presidential library, The New York Times reported. Created in 20015, the Clinton Global Initiative served as a networking platform for The Clinton Foundation. In January, a Worker Adjustment and Retraining Notification Act (WARN) notice filed with the New York State Department of Labor indicated that 22 people would be losing their jobs due to the discontinuation of the Clinton Global Initiative, as Observer previously reported. The layoffs were to be effective as of April 15, according to the WARN notice, but a New York Times article dated Feb. 2 indicates the shutdown had been completed by that point.

The foundation spokesman assured: “The Clinton Foundation’s work has continued strong in 2017.”

CBRE’s Keith Caggiano and Roshan Shah represented the foundation in the deal and Mark Weiss and Seth Hecht of Cushman & Wakefield worked on behalf of Extreme Reach. CBRE’s spokeswoman declined to comment and a spokesman for C&W didn’t immediately respond to an inquiry.