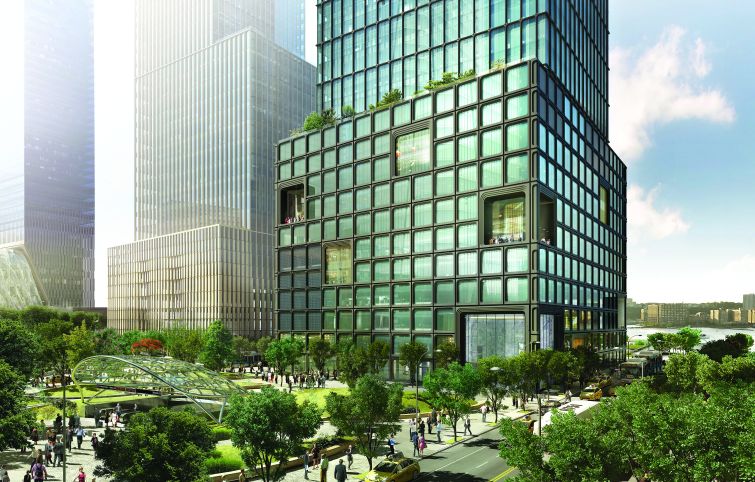 Third Point, a hedge fund with $18 billion under management, has finalized a 75,064-square-foot deal at 55 Hudson Yards.

The company is expected to occupy the top three floors of the 51-story building under construction on 11th Avenue between West 34th and West 35th Streets, owned by Mitsui Fudosan America, Related Companies and Oxford Properties Group.

The hedge fund’s new digs will include half of the 49th floor and the entire 50th and 51st floors, according to The New York Post which first reported on the completion of the 10-year deal. The asking rent was between $130 to $140 per square foot, the Post noted.

Third Point, which is led by activist investor Daniel Loeb, will be leaving its current location at 390 Park Avenue, known as the Lever House, where it has 42,000 square feet, JLL’s Alexander Chudnoff said via a company spokesman.

A spokeswoman for CBRE did not return a request for comment, while Chudnoff declined to comment further via a spokesman for JLL.

The Real Deal was first to report in March that Third Point was eyeing a move to 55 Hudson Yards. The Kohn Pedersen Fox-designed building is scheduled to open in 2018 and reach 780 feet.

In addition to the Third Point deal, Mount Sinai Medical Center has inked a lease for a concierge medical facility on the second floor of 55 Hudson Yards, the Post reported. The facility is expected to be an exclusive space that will provide medical services for just those who live and work at Hudson Yards, according to the newspaper.

Neither the terms of this deal nor the size of the transaction was immediately clear. Two spokeswomen for Related did not return inquiries seeking comment and information, and nor did a spokeswoman for Mount Sinai.