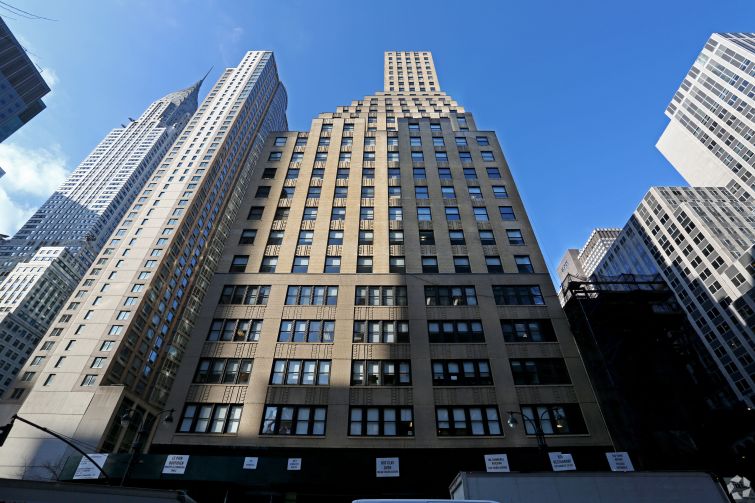 EastWest Institute, an organization dedicated to preventing conflicts and increasing diplomacy around the world, has signed a 10,015-square-foot deal for 10 years at 708 Third Avenue, Commercial Observer has learned.

The nearly 40-year-old nonprofit will occupy part of the 11th floor of the 35-story, 420,000-square-foot office tower between East 44th and East 45th Streets, within blocks of the United Nations. The asking rent in the transaction was $63 per square foot, according to information provided by the landlord’s broker CBRE.

EastWest Institute has plans to relocate in October from 11 East 26th Street between Madison and Fifth Avenues in NoMad, where it currently occupies 10,339 square feet on a portion of the 20th floor, according to CoStar Group.

The organization picked 708 Third Avenue “because it was a cost-effective option for [EastWest Institute], with a location that is very convenient to its board of directors and staff,” JLL’s Ellen Herman, who represented represented EastWest Institute with colleague Harlan Strader, said via a spokesman.

The deal caps off various transactions that have been signed recently at 708 Third Avenue. The building has been drawing attention because landlord Marx Realty spent $11 million to renovate the lobby, create new terraces and update the common areas, according to CBRE’s Arkady Smolyansky, leasing agent for 708 Third Avenue along with colleagues Keith Caggiano and Michael Affronti.

“708 Third is in the midst of a rejuvenation,” Smolyansky said in prepared remarks. “Moreover, the location cannot be beat.”

In the largest of recent deals at the property this year, Sports Information Group took the entire 17,847-square-foot 12th floor in February. The company was once a subtenant on the floor, according to a spokeswoman for CBRE who declined to identify the sublandlord, and now will occupy the space for 10 years.

Also, the Mission of Panama to the United Nations signed a 5,123-square-foot transaction this summer for the entire 26th floor and has plans to relocate from 866 United Nations Plaza between East 48th and East 49th Streets. Barry Goodman of Newmark Knight Frank represented the tenant.