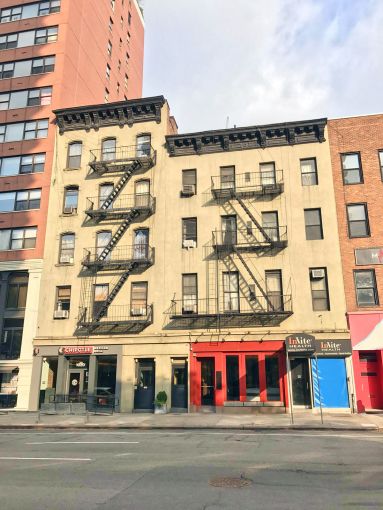 A family trust with multiple benefactors has begun marketing a portfolio of Upper East Side mixed-use buildings for $57 million, Commercial Observer has learned.

As for why the family is selling now, Olsen added that after owning for decades, “it’s really just timing, from both internal ownership and external market perspective.”

The buildings at 784-786 Lexington Avenue between East 61st and East 62nd Streets together span 8,593 square feet. They are home to 10 free market residential units—a mix of studios and one-bedroom apartments—two of which are vacant. Two recently one-bedroom units rented for roughly $2,000 and $2,200 a month, according to StreetEasy.

The two buildings at 1020-1024 Third Avenue between East 60th and East 61st Streets amass 19,375 square feet with 25 residential units, five of which are rent stabilized and one of which is rent controlled. The apartments, which encompasses a mix of studios and one- and two-bedroom units, are 100 percent leased. A recently rented studio was priced at $1,850 a month, according to StreetEasy.

In addition to the residences, there are three commercial units in the Third Avenue buildings, two of which are vacant and one of which is occupied by Chipotle. The fast-food Mexican joint is leasing the space until 2029. The asking rent for the two vacant spaces (comprising 3,600 square feet) is $300 per square foot.