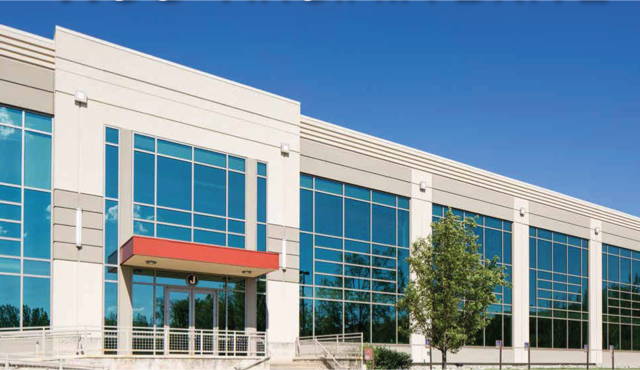 Square Mile Capital Management provided a $90.5 million loan to the Fort Washington Technology Center at 1100 Virginia Drive in Fort Washington, Pa., according to an announcement made by the lender this week.

The loan was made to an entity owned by funds managed by Greenfield Partners of Westport, Conn., who acquired the property in 2013 as part of a large-scale, multi-state office portfolio. The financing was arranged by HFF Senior Managing Director, Jay Marshall, who did not return a request for comment on the deal. Included in the loan are proceeds dedicated to repaying existing debt on the property as well as funding future improvements and leasing costs.

“This debt investment expands our relationship with Greenfield Partners, and we welcome the opportunity to increase our Philadelphia-area presence,” said Square Mile Vice President, Eric Cohen.

The massive 751,143-square-foot building and former exposition center was originally built in 1964. Today, it is the largest multi-tenant office building in suburban Philadelphia complete with a fitness center, a basketball court, a Starbucks coffee shop and a cafeteria.

The building ceased being used an expo center in 2006—shocking local officials—after 13 years operating out of just 290,000 square feet of the complex, according to a January article in the Philadelphia Business Journal. Liberty Property Trust bought the complex in 2006 and arranged for the now defunct GMAC Mortgage to lease and occupy 450,000 square feet, effectively displacing the expo center, which eventually relocated.

The building has struggled to maintain tenants since the recession, and earlier this year, there was a push to revive the Fort Washington Expo Center at its old home with nearly 300,000 square feet of space. But, Greenfield Partners and Somerset Properties, Inc. of Gwynedd, Pa. have instead moved to begin filling out the building with office tenants, according to the Philadelphia Business Journal.

The building is now on the move. Its open floor plates, high ceilings and large blocks of space have made it quite attractive for prospective tenants, according to information from Square Mile. So much so that two new, unidentified tenants are expected to occupy approximately 160,000 square feet of space before the end of the year, pushing the building closer to full-occupancy.

But Greenfield Partners isn’t satisfied. The private equity firm plans to use loan proceeds to rehabilitate remaining warehouse space, add an outdoor plaza and create a tech lounge as an additional tenant amenity in order to further boost the buildings attractiveness.

“The Fort Washington Technology Center is a one-of-a-kind property in the area and, thanks to the renovation, it is uniquely positioned to thrive,” Cohen said.

A spokesman for HFF did not immediately respond to comment. Officials at Greenfield Partners did not return request for comment before press time.