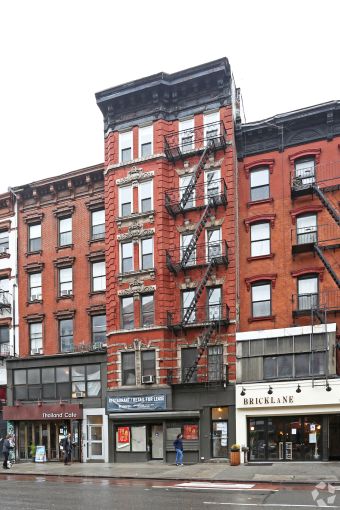 Landlord Raphael Toledano is seeking Chapter 11 bankruptcy protection for an East Village walk-up building, which he says Delshah Capital’s Michael Shah has “commandeered,” according to a filing in the United States Bankruptcy Court for the Eastern District of New York (Central Islip Division) obtained via Nationwide Research Company.

Tim Ziss, the property’s restructuring  manager, says in the bankruptcy filing that he was appointed as such by Toledano via a June 19 letter and is now seeking “to regain fee simple ownership” of 97 Second Avenue between Fifth and Sixth Streets through the filing of an “avoidance action against” Shah and his affiliates, as well as the ability to sell the property “under a plan of reorganization.”

Toledano paid around $5 million for 97 Second Avenue in April 2014, property records indicate. The 10,948-square-foot building is six stories with nine apartments and one, 2,245-square-foot ground-floor retail space, leased to Hou Yi Hot Pot since March 2015, on a lease expiring Feb. 20, 2030, CoStar Group indicates. Toledano says in the bankruptcy protection filing that the property is valued at $15.1 million.

On July 21, Delshah Capital announced the “acquisition of a defaulted note encumbering the property” at 97 Second Avenue. Delshah said in a news release that day, “Shortly after acquiring the defaulted senior note, Delshah worked directly with the building’s now former owner to enable them to recoup their capital and to take possession of the property at 30 percent below market value.”

Shah bought the note on the property from Signature Bank in April for $9.2 million, Shah said via email to Commercial Observer at the time of purchase. He purchased the note at par, a source familiar with the transaction told CO.

Toledano was a 100 percent equity owner in the property, and had pledged his interest in the property to Benjamin Lefkowitz of Lefko Funding as collateral for personal loan obligations. Earlier this year, Lefko claimed that Toledano defaulted and foreclosed on his interest in 97 Second Avenue via a “highly questionable [Uniform Commercial Code] procedure,” according to the filing. Toledano challenged the foreclosure sale and an agreement was drawn up to give Toledano a 75-day window in which to sell the property, managing it in the interim.

The filing claims that while the letter agreement was in place, Shah “caused or induced” Lefko to assign Toledano’s interest over to him, and then re-deeded the property to himself (or, an entity controlled by him, DS 97 2nd Ave Property Owner LLC) before refinancing his interests.

“How does one steal a building someone might ask?” said Adam D. Stein-Sapir of Pioneer Funding Group, which specializes in analyzing and investing in bankruptcy cases, and who is not involved in the case. “After buying the $9.5 million first mortgage from Signature Bank in April, the debtor claims Mr. Shah then acquired Mr. Toledano’s equity interest stemming from a guarantee to Ben Lefkowitz and Lefko Funding. Mr. Shah then formed a new entity with a similar name and transferred the deed, which, if true, means that the debtor is effectively an empty shell. Mr. Shah has yet to respond to the filing.”

Shah, the principal and chief executive officer of Delshah, didn’t respond to a request for comment, and nor did the attorney for the debtor, Ziss or Signature Bank. Lefko wasn’t immediately reachable.