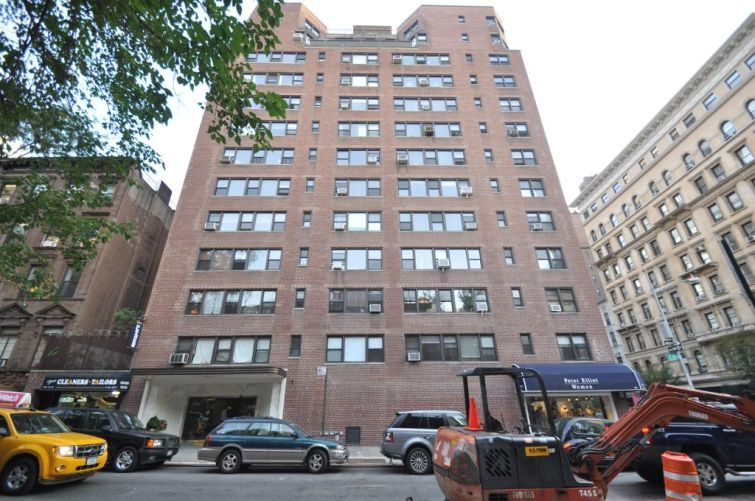 The owner of the Upper East Side Peter Elliot specialty shops—which The New York Times has called a “temple of navy blazers and sherbet-colored sweaters,”—has filed a bankruptcy petition for his store at 1071 Madison Avenue, home to Peter Elliot Women, court documents indicate.

On July 7, Peter Elliot owner Eliot Rabin filed for Chapter 11 bankruptcy in the Southern District of New York for the store on Madison Avenue between East 80th and East 81st Streets, under company name Women by Peter Elliott, Ltd. He put his estimated number of creditors at over 50, with liabilities exceeding $1 million. The largest sum owed is $115,400 to family clothing stores business Belvest USA on East 57th Street. (According to New York Magazine, Peter Elliot Women has done trunk shoes for Belvest.)

Rabin’s attorney, Lawrence Morrison of Morrison Tenenbaum, didn’t respond to requests for comment. Rabin didn’t respond to inquiries seeking comment, although someone who identified themselves as an accountant for Peter Elliot denied there was a bankruptcy filing.

This isn’t the first bankruptcy filing for Rabin this year. On April 27, he filed a Chapter 13 bankruptcy petition, but that was dismissed on June 6, court records indicate.

Adam D. Stein-Sapir of Pioneer Funding Group, which specializes in analyzing and investing in bankruptcy cases, and who is not involved in the case, speculated that three factors contributed to the filing: one, distraction and expenses caused by lawsuits, two, the difficult retail environment and three, operating stores in high-rent areas.

RFR Holdings, led by Aby Rosen, sued Rabin in 2015 for $1.3 million over space he leased for Peter Elliot Blue at the landlord’s 150 East 72nd Street at Lexington Avenue. RFR declined to comment via a spokeswoman, but the representative noted Rabin is not a tenant in the building.

Rosen bought the 4,000-square-foot ground-floor space and 900-square-foot basement space in February 2014 for $19.9 million and gave Rabin a 15-year lease. Former landlord Harry Macklowe sued Rabin that May for over $100,000 for allegedly not paying four months of rent in the space, according to The New York Post at the time. Rabin then filed a summons with notice charging that Macklowe’s workmen caused his store in excess of $600,000 in damages, court documents indicate, but he never filed an actual suit. Macklowe couldn’t be reached for comment, according to a spokeswoman.

The court ruled in Macklowe’s favor last August in terms of liability, and said Rabin’s counterclaim “must be dismissed.” A trial with respect to the damages is pending.

Retail bankruptcy filings have been cropping up at a fast clip as of late. More than 300 retailers have filed for bankruptcy so far this year, according to data from BankruptcyData.com cited by CNN Money last month, representing a 31 percent uptick year-over-year. The bulk of this year’s filings have been for mom-and-pop-type retail operators.