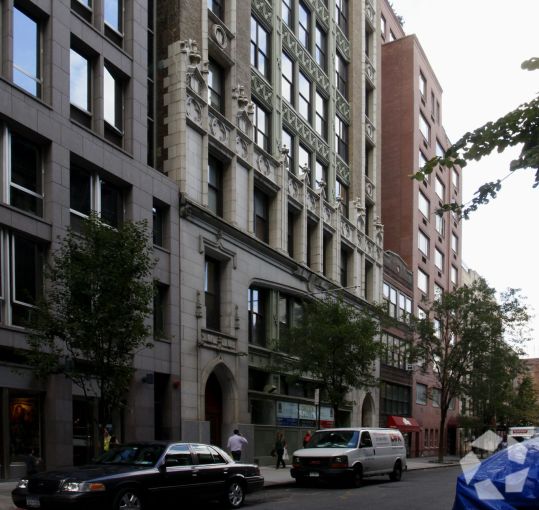 Small Girls PR, a communications firm rooted in Williamsburg, Brooklyn, is moving to Manhattan after signing a 6,900-square-foot sublease with a subsidiary of AOL at 150 West 22nd Street, broker Okada & Company announced yesterday.

The public relations agency, which specializes in events and marketing campaigns, will occupy the entire 11th floor of the property between Seventh Avenue and Avenue of the Americas. The sublease is for two-and-a-half years and the asking rent for the space was $62 per square foot, according to Mallory Blair, a co-founder and the chief executive officer of Small Girls PR.

Small Girls PR, which got its name from its founding women, Bianca Caampued (5-foot) and Blair (5-foot-3), plans to vacate its current home at 190 North 10th Street between Bedford and Driggs Avenues, leaving the borough where it launched seven years ago.

The new digs in the Flatiron District will be nearly double the size of the Brooklyn office and will feature eight conference rooms (compared with the current three in Williamsburg) and windows on each side of the floor, Blair said. Small Girls PR’s move was predicated on the company’s recent growth and its ability to be closer to Manhattan clients, like General Electric, dress provider Rent the Runway and Ellevest, an investment advisory company for women.

The company has grown by 50 percent year-over-year and is now at more than 40 employees, with eight open positions. Small Girls PR also has a Los Angeles office, which it acquired after absorbing competing public relations firm (No Subject) last year.

Blair said the move from Williamsburg is “a bittersweet jump for a company known for being on the ground with emerging trends and cultural novelty, but who still ultimately has the majority of their clients in Manhattan.”

Ken Lerner, a vice president of Okada & Company, represented the subtenant, while CBRE’s David Hollander brokered the deal on behalf of the sublandlord.

Lerner declined to comment on the sublease. And a CBRE spokesman did not immediately return a request for comment. M. Rapaport Co. is the landlord of 150 West 22nd Street.