Keep It Small: The Leases Where Mini Is Marvelous 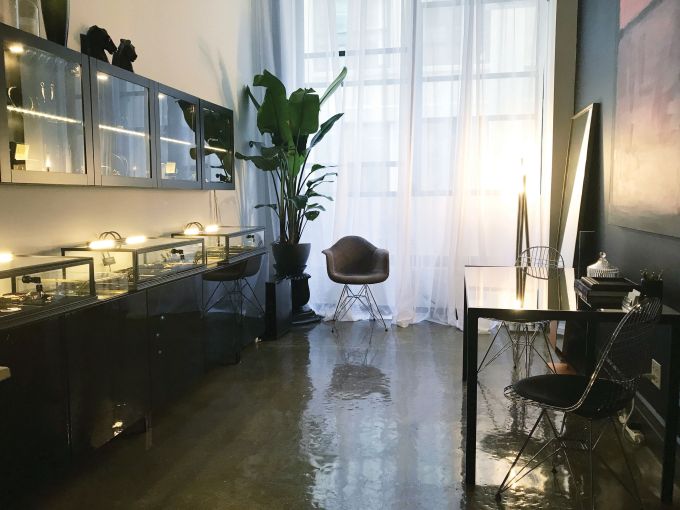 While bigger is often considered better, when it comes to leases for some small businesses, the opposite can be the case.

Jewelry designer Angie Marei was looking to move her jewelry business out of her home office in Dumbo, Brooklyn, but wanted to remain nearby. She needed a space where she “could take client appointments, showcase my work in a showroom setting and also have space for my jewelry bench,” she said.

In searching around Brooklyn and Manhattan, she kept finding spaces that were just too large for her needs. But at Two Trees Management Company’s 45 Main Street in Dumbo, she found a cozy 187 square feet. She moved in on March 15 and opened Diaboli Kill Jewelry Showroom for business on June 1.

“I searched all around the Brooklyn and Manhattan, and most offices were too big for my needs. I was looking for a nice private office where I could take client appointments, showcase my work in a showroom setting and also have space for my jewelry bench. Since jewelry doesn’t take up much physical space, this 187-square-foot office was perfect for me.”

Speaking of 45 Main Street, designer Nicole Meléndez occupies 269 feet in the building and said that for her athleisure and swimwear studio, the square footage is just right.

“I’m in business to turn a profit, and it is not practical to get a big space for two to three people to be in, and [it] will be an expense that will have me chasing my tail,” Meléndez said.

The building has some shared spaces—a conference room on the floor and a fully furnished rooftop—which she and her employees can use.

“I’d rather get a well-designed space in a bright and comfortable environment that allows me to have a space to work but that I don’t have to work only to pay [for] the space,” she said.

For Rawmantic Chocolate owner Kasia Bosne, “the bulk of her business comes from selling her chocolate to other retail locations so she needed to have a presence but didn’t need a large space as long as there was a kitchen included for preparing chocolates on site,” Winick Realty Group’s Zach Diamond, the tenant’s representative, said via a company spokeswoman.

So when Rawmantic’s old landlord informed the organic chocolate company that it would be redeveloping the building where it was located, it found a 320-square-foot retail space at 1053 First Avenue between East 57th and East 58th Streets, where it will be opening in September, Diamond said.

And at 21 Crosby Street, Eastern Consolidated’s James Famularo did a series of small deals for boutique retailers Dinosaur Designs, Max-Bone, Fueguia and Annabel Ingall. He represented the landlord, Corigin Real Estate Group, and procured the tenants. The reason the tenants wanted spaces, all 400 square feet or smaller, came down to dollars and cents. “Bigger spaces were too expensive,” he said, referring to Crosby Street’s high rents. And the landlord knew as much, cutting larger spaces down to smaller ones to make them rentable to luxury goods shops.