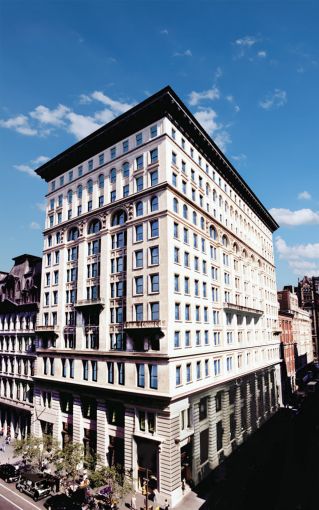 Brokerage Douglas Elliman is relocating its agents from two Midtown South offices to a full-floor space in the Flatiron District.

The company has signed a deal for the entire 19,500-square-foot seventh floor at the 13-story 111 Fifth Avenue at East 18th Street. The new space will allow Elliman to relocate agents from its offices at 26 West 17th Street between Fifth Avenue and Avenue of the Americas and 137 Waverly Place between Avenue of the Americas and Seventh Avenue South “into one location with room for 125 agents,” the company said in a press release.

Douglas Elliman Commercial’s Peter Gross and Louis Puopolo represented the tenant in-house in the deal and Newmark Knight Frank’s Anthony Sciacca and Robert Silver represented the landlord, the Winter Organization. Details about the lease were not made available and the NKF brokers didn’t respond to a request for comment via a company spokesman, and nor did the Douglas Elliman brokers.

Tenants in the 1895 landmark neoclassical cast-iron building include H&M and Eileen Fisher.