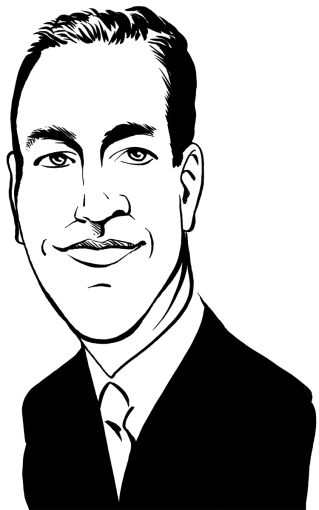 It’s no surprise that retail vacancies are climbing throughout New York City, and there’s a temptation among landlords to lease space to any creditworthy tenant willing to pay the rent.

At L&L we take a different approach—and it has proven to work exceptionally well.

We view our retail spaces as an opportunity to transform the image of our buildings and the surrounding neighborhood.

Retail is the face of a building—the first impression—and it sets the tone for prospective tenants. Not only does the right retail tenant make a difference when an office tenant is considering relocating, but a fresh, vibrant retailer can act as an amenity for the building, allowing the property to stand out.

The right retailer allows increased rents for portions of the building, which of course is the primary income stream. The wrong retailer will obviously have the opposite effect. As such, we would rather keep a retail space empty than lease it to the wrong type of tenant.

The city is filled with creditworthy banks, drug stores and casual food operators that are attractive to landlords with vacant space. While they play an integral role in the fabric of the city, many of these retailers do not provide the transformational dynamics we’re seeking.

When we started the redevelopment of 200 Fifth Avenue (the former Toy Building), Madison Square Park and the Flatiron District were not the vibrant, amenity-crammed submarkets they are today. Our goal was to reposition the building. We knew an eatery or restaurant concept supportive of the office tenants was crucial to the buildings success. Conversations commenced with Mario Batali about a new Italian marketplace he was contemplating.

At the time, food halls and marketplaces did not exist in New York, but we felt strongly this concept was worth the risk. Eataly went on to lead the revitalization of the Madison Square Park area with Grey Advertising and Tiffany & Co. subsequently signing headquarters leases for their corporate offices in the building. The rest is history—with the Flatiron District becoming the most sought after neighborhood in the city.

Looking further Downtown, 195 Broadway stands out as another example of revitalizing retail. Designed by William Welles Bosworth in 1916, 195 Broadway reflects the grand aspirations of the American Telephone and Telegraph Company (AT&T) at the turn of the 20th century with a lobby animated by retail activity, public telephones, company business services and daily office workers. By the time 195 Broadway was designated a New York City landmark in 2006, these magnificent spaces were hidden from public view and only accessible to the building’s tenants.

Our vision was to combine the building’s immaculate architecture into a “live, work, play” setting. The main entrance was redirected from Broadway to Dey Street, maximizing the Broadway frontage.

This redevelopment coincided with the availability of 500,000 square feet of office space—roughly half of the building. With an enormous void to fill, we knew a restaurant was ideal as an anchor and immediately targeted some of the world’s most famous chefs. This effort led to an agreement with Nobu and noted architect David Rockwell who crafted an architecturally distinctive space featuring a ground-floor bar draped by artwork flowing across the two-level space. The Nobu lease subsequently led to a deal with Anthropologie for a 21,000-square -foot flagship store. Our retail redevelopment success has directly impacted our re-leasing efforts relative to the offices in the building, with over 50 percent of the vacancy leased to companies including Gucci America, Namely and Rocket Fuel.

Our philosophy of seeking out dynamic retail tenants that will energize a building and the neighborhood is what drives the continued success of our portfolio.

Andrew Wiener is director of leasing at L&L.