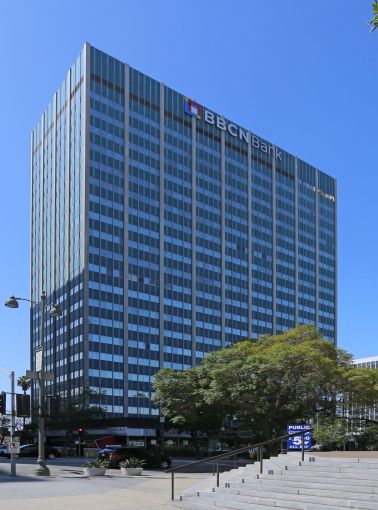 Square Mile Capital Management has provided a $70.5 million loan to Jamison Services for 3600 Wilshire Boulevard in Los Angeles, according to an announcement from the lender today.

Proceeds from the loan will be used to refinance existing debt on the office property, also known as Wilshire Financial Tower, and to fund future capital expenditures and leasing costs.

The 22-story, 415,000-square-foot Class A office property was built in 1961 and is located in the Koreatown neighborhood. It is currently 75 percent occupied and spans a full city block from Wilshire Boulevard to Seventh Street.

Jamison Services acquired the building in 1999 and, according to The Real Deal, has unrelated plans in the works to erect two 23-story apartment buildings on a parcel of land adjacent to 3600 Wilshire Boulevard.

“This transaction gave us the opportunity to provide financing at a secure basis on an asset with great potential,” said Michael Mestel, a principal at Square Mile, in prepared remarks. “The sponsor has an extensive track record of success throughout Los Angeles and specifically in Koreatown. We believe Koreatown’s appeal from an office perspective will continue to grow as its hospitality, retail and multifamily offerings expand significantly. With an experienced sponsor like Jamison who has an expansive footprint in the market, we believe the property is well positioned for continued success.”

It’s not the first time that Square Mile and Jamison have transacted in the City of Angels. As previously reported by Commercial Observer, the lender also originated a $30 million mezzanine loan for Jamison’s California Market Center, a 1.8-million-square-foot mixed-use property in downtown L.A, in June 2016.