NYC’s Rent Freeze Is Over, and Neither Tenants Nor Landlords Are Happy 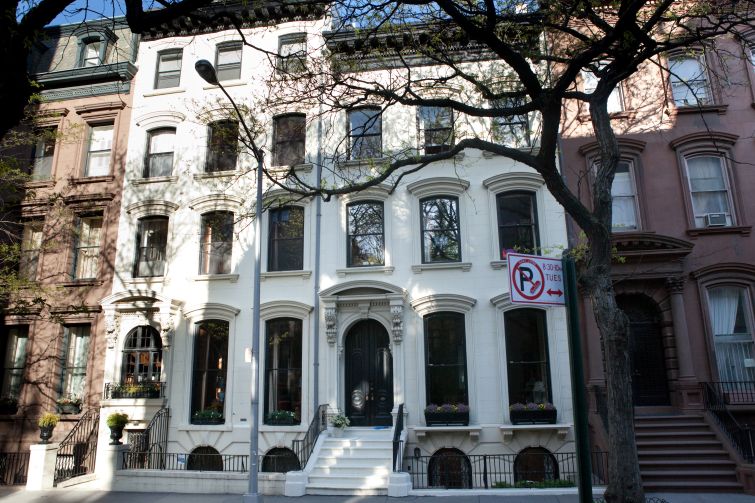 In April, the New York City Rent Guidelines Board voted 5 to 4 in favor of ending a two-year rent freeze on the city’s roughly 1 million rent-stabilized housing units. It was a decision that neither landlord nor tenant advocates were particularly happy with.

The preliminary ruling, which will be sealed with a final vote on June 27, would allow landlords to increase rents anywhere from 1 to 3 percent on one-year lease agreements and 2 to 4 percent on two-year leases (the actual percentage will be determined with the RGB’s final vote) starting this October.

Those figures fall well short of what landlord lobby groups like the Rent Stabilization Association initially sought. Earlier this year, the RSA announced that it was hoping for an increase of 4 percent on one-year leases and 8 percent on two-year leases, citing steadily increasing taxes and costs being incurred by city property owners in recent years.

“When rents are frozen and property taxes continue to grow, it’s not even a profit issue for owners—it’s about staying afloat, especially for the small mom-and-pop owners who are the true providers of affordable housing in the city,” RSA Spokesman Vito Signorile told Commercial Observer.

Tenant groups, meanwhile, have been equally dismayed with the RGB’s decision, criticizing Mayor Bill de Blasio (who appoints the nine-member board) and the board itself for failing to institute a third consecutive year of zero-percent movement on stabilized rents. Many tenant advocates, in fact, were calling not only for another rent freeze but a rollback in existing rents, which they claim were overinflated by the board via steady increases imposed during the Bloomberg administration.

“By every available measure, owners have been more than compensated, net operating incomes have substantially improved, and any claim that owners have lost ground or that the Rent Guidelines Board’s orders have been inadequate to meet operating expenses is more than incorrect—it’s fraud on the public,” according to Tim Collins, a partner at law firm Collins, Dobkin & Miller and the former executive director of the RGB.

The board’s votes reflected the schism between how property owners and tenant advocates perceive the issue. Of the four members of the RGB who voted against the proposed increases, two were the designated “owner members” appointed to represent landlord interests and two were the body’s designated “tenant members.” (The five who voted in favor included the board’s chair, retired judge Kathleen Roberts, and its four “general public” representatives.)

The two sides’ differing views on whether, and by how much, rents should be allowed to increase in New York City are backed by conflicting data. On the one hand, the RSA claims rent-stabilized landlords have seen an 11 percent increase in their operating costs over the past three years. Those numbers are backed by the RGB’s own 2017 Price Index of Operating Costs report, which the body releases every year in the run-up to its annual vote and which factors—on a weighted basis—expenditures including taxes, utilities, fuel, labor, maintenance and insurance costs.

“Costs always go up; they never go down, whether it’s insurance or fuel or water and sewer [taxes],” David Schwartz, a principal at developer Slate Property Group, told CO. “Nobody ever wants to see their rent go up, but the fact is that it’s expensive to maintain these buildings.”

Schwartz claimed that, contrary to arguments made on the tenant side, landlords seldom see big profit margins on their rent-stabilized properties. “The margins are very slim,” he said, citing a typical “3 to 4 percent return” on rent-stabilized assets. “These are not bonanzas. People make money in real estate over the long-term, but the truth is that at a 4 percent return, you’re not making a lot of money.”

It is an assertion that tenant advocates dispute, pointing to RGB data showing that net operating income (NOI) on buildings with stabilized units in New York City has increased for 11 consecutive years, nearly 58 percent in inflation-adjusted terms since 1990 and nearly 11 percent between 2014 and 2015 alone—the largest such increase since 1998.

“I think there’s a fundamental disagreement over what the data shows,” said Harvey Epstein, one of the two tenant representatives on the RGB and director of the Community Development Project at the Urban Justice Center.

Indeed, both sides of the debate have their qualms with the Price Index and its calculations. Both Epstein and Sheila Garcia, the other tenant member on the RGB, cited the extent to which landlords have levied permanent major capital improvement (MCI) increases on tenants in recent years (roughly $300 million in 2016 alone and more than $1 billion over the past five years, they said)—items not factored in the Price Index.

“These buildings are getting older every year,” said Shaun Riney, an investment sales broker at Marcus & Millichap who specializes in multifamily properties in Brooklyn. “You disincentivize owners from making repairs when there’s absolutely zero profit margin to do so.”

Property taxes also continue to be a sticking point. In an April testimony to the RGB ahead of the board’s vote, the Real Estate Board of New York reiterated a frequent claim by property owners: The city’s property tax code “places an inequitable financial burden on rental apartment buildings” that is “disproportionate…to their share of the city’s market value.”

REBNY cited figures from the city’s Department of Finance showing that Class 2 properties in New York—which include all apartment buildings, whether rental, condominium or co-ops—“accounted for 24 percent of the market value in the city of New York but paid 37.3 percent of the total tax levy.”

With the RGB’s April decision effectively ruling out a third consecutive rent freeze (the board has never deviated from the range suggested in its preliminary vote in its 48-year history), it appears landlords will receive a reprieve from the high-cost environment they claim is hurting their bottom line.

“I think the board is trying to do the right thing by recognizing that operating costs have gone up more this year than in recent years,” said Collins, the former RGB executive director. “Even though there is no basis for increasing rents given the long-term data, I think the optics of a third rent freeze are difficult to sell.”

The question, however, is by how much rents will go up. Signorile noted that under the de Blasio administration, the RGB has also pegged its final determination at the bottom of the range suggested in its preliminary decision—a tendency that resulted in the rent freeze of the previous two years. That would suggest that, this year, the RGB would settle on an increase of 1 percent for one-year leases and 2 percent for two-year leases.

“While you can presume the rent freeze is over, our argument is these ranges don’t come anywhere near close to the cost increases that owners have incurred,” Signorile said.

That is a sentiment that appears to garner little sympathy from City Hall.

“We will never go back to the days when the landlord lobby got big rent hikes regardless of what the data said,” de Blasio spokeswoman Melissa Grace said in a statement to CO. “Sometimes the board’s decisions will be popular, and sometimes they won’t—but we’ve charged members with grounding decisions in the facts, including tenant affordability.

“When taken together with the lowest guidelines in history, including two [rent] freezes, these four years will continue to set a record at the [Rent Guidelines] Board for prioritizing affordability.”