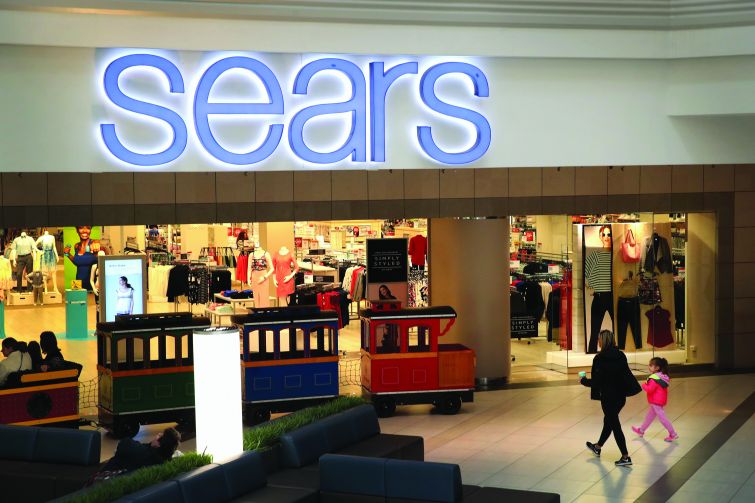 Kroll Bond Rating Agency has identified 18 properties backing 15 CMBS loans with exposure to the latest round of Sears and Kmart store closures in its latest KBRA Credit Profile report. The loans have a balance of $2.65 billion.

In the 18 properties identified by KBRA, there are 20 Sears/Kmart spaces, 16 of which serve as collateral for 11 CMBS loans. The largest loan affected is the $925 million Project Madison Loan, part of the J.P. Morgan-sponsored JPMCC 2015-SGP CMBS deal, which includes five Sears stores and one Kmart store (951,240 square feet, or 2.5 percent of the total portfolio gross leasable area). The portfolio loan has already had its fair share of trouble at the hands of the retailer, including the early termination of 17 Kmart leases in September last year (comprising 1.7 million square feet, or 4.6 percent of the portfolio GLA) and 19 Sears/Kmart leases in January (1.9 million, or 5.1 percent of portfolio GLA).

The second-largest loan of concern is the Central Mall loan, which represents 60.9 percent of the Morgan Stanley-sponsored MSC 2006-IQ9 CMBS transaction. The loan is backed by three regional malls in tertiary markets in Texas and Oklahoma. According to the June 2017 store closings list, the Texarkana, Texas, location will shortly lose both its Sears department store and Sears Auto Center. The shutterings follow the loss of a Sears anchor at another of the malls backing the loan—Central Mall in Lawton, Okla. The loan was already facing difficulties and was transferred to special servicer C-III Asset Management in October 2014 due to maturity default and then modified to extend the maturity date to June 2018.