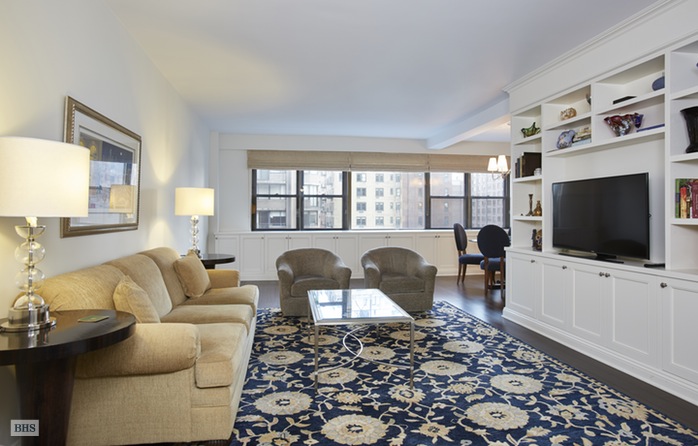 The Federal Bureau of Investigation and the New York Police Department are investigating allegations that a State Supreme Court judge was swindled out of $1.5 million by someone posing as her real estate lawyer.

Judge Lori Sattler, who is an acting justice in the First District of the State Supreme Court, was in the process of selling her East 72nd Street apartment and buying another unit when she was defrauded, sources told Commercial Observer. She sold her three-bedroom Upper East Side co-op (address withheld) to one of her downstairs neighbors for $2.6 million, according to public records. It appears she was scammed while trying to purchase a new one.

On June 7, she received an email from someone she believed was her real estate attorney, telling her to transfer money to an account in Arizona. She wired $1.5 million to the account, but her bank stopped the transaction. Then she cleared the transaction with her bank, and it went through.

Sattler reported the crime to NYPD’s 19th Precinct on the Upper East Side last Friday, a spokesman for the NYPD said. The cops found that the Arizona bank then transferred the funds to a Hong Kong bank.

A spokesman for the NYPD confirmed the details of the judge’s complaint and said the department’s Financial Crimes Task Force was investigating the case. Sattler declined to comment and referred CO to a court spokesman.

Lucian Chalfen, a spokesman for the state court system, declined to comment, citing pending criminal investigations from both the FBI and NYPD. A spokeswoman for the FBI’s New York field office, which is handling the case, didn’t return a request for comment.

Adam Leitman Bailey, a real estate attorney who heads his eponymous firm but isn’t involved in Sattler’s case, said someone related to the transaction must have known the judge was buying an apartment.

“This is probably an inside job—someone at the bank, someone at the law firm [involved in the deal],” Bailey told CO. “Someone related to the transaction tried scamming the judge. Normally clients don’t get these emails, only lawyers do. It was someone who had to have known she was selling this apartment.”