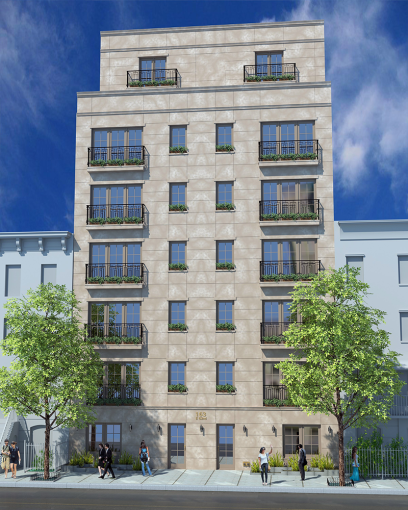 White Plains, N.Y.-based developer Michael Paul Enterprises has purchased a third contiguous townhouse in Lenox Hill for $7.2 million, to enlarge plans for a new condominium building at the site, Commercial Observer has learned.

The sale of the four-story residential property at 167 East 62nd Street between Third and Lexington Avenues closed last week, according to Joseph Ash of Luxury Property Group, the residential division of brokerage Kassin Sabbagh Realty. The developer hopes to now double the size of a planned development to a seven-story, 10-unit, building, from a six-story, five-unit condo.

The Brazilian owners “used it when they came to New York a few times a year for vacation,” Ash said. “Acquiring the third house gives you more frontage and makes it more appealing to the condo buyer. And the more homes the better [for the developer].”

His company purchased 163 and 165 East 62nd Street for a combined $14 million in September 2015. It demolished the properties and planned to construct a five-unit condo at the site, according to October 2015 filings with the New York City Department of Buildings.

However, plans changed it was able to identify the owner of 167 East 62nd Street and come to an agreement. The developer plans to demolish the third property in the coming months, Ash said.

Documents for the new development have not yet been filed with the DOB, but have been posted on a website for the project. The building will apparently contain mostly two-bedroom homes, one three-bedroom ground-floor unit and one four-bedroom duplex penthouse spanning the sixth and seventh floors.

The 4,520-square-foot penthouse is expected to cost $15 million, and the 2,150-square-foot ground floor unit—which will have a private garden—is priced at $9.9 million, the project website says. Other units throughout the building are  between $4.5 million to $5.1 million and the project has a target sellout of $64.2 million.